Our trip to Yo Gabba Gabba in Boston

Saturday we took the boys to Boston to see Yo Gabba Gabba. 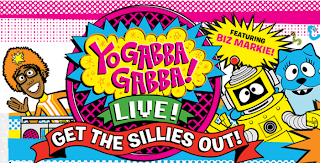 We started the day with a trip to Fanueil Hall and oh my gosh was it cold out! Fresh hot pretzels helped the boys warm up and we spent some time sight seeing before we headed over to the Orpheum Theater. 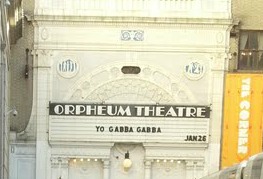 The boys had an incredible time at the show! The Bunny Bee brought his very own Plex doll and the Doodle Bop brought his Brobee and they held on to them the entire show. I was excited to see not only DJ Lance Rock on stage, but also Biz Markie make an appearance. It may have been Yo Gabba Gabba, but seeing Biz Markie took me right back to being a kid. My kids were surprised that I knew who he was. Too funny.
I loved that they encouraged all the kids to get up and dance. My guys were a little shy, but plenty of other kids were on their feet the entire time. We sang songs we knew from the TV show together. I can only equate it to what I would imagine a little kid's rock concert to be like. My friend Joanna's son stood at a railing taller than him, breaking it down almost the entire time. Biz also grabbed some kids from the audience for a little beat boxing and then some dancing on stage. 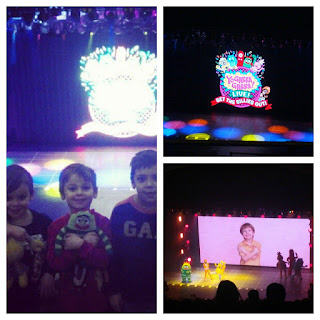 We would definitely go to another Yo Gabba Gabba show again! I would recommend it as a show not to be missed with your kids.
***Disclaimer: We received free tickets for our family to attend the show in exchange for promotions and a post about the show. Opinions are all our own.
﻿
﻿
﻿
Posted by Liza at 2:23 PM