All Good April with Carrington Farms

**Disclosure: Carrington Farms sent me the products in my photo below, in exchange for my social media promotion and a blog post with my honest review.

A few of my girlfriends recently turned me on to Coconut Oil. Before that, I used olive oil whenever I could, but was still using vegetable oil (when I needed a large quantity - like to fry something). I could not believe how fast I fell in love with Coconut Oil. I had not full on made a switch, but I was trying to incorporate it where I could.

When Carrington Farms contacted me about being one of their All Good April Ambassadors, I jumped at the chance. 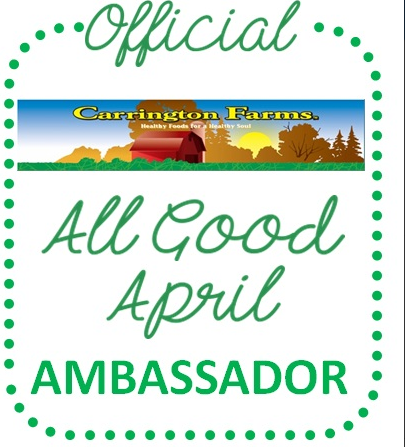 Carrington Co. is a natural and organic food company founded in 1999 providing tea, flax, chia, hemp, coconut oil and other natural food products to the health conscience
consumer in the supermarket /natural food, club and mass market trades.
Natural, organic, non-GMO ... y'all know that's what I'm all about lately. (And those plastic jars they use are even BPA free!)

Even the kids were excited when we got the package. They weren't too sure about the flax seeds, but they knew the coconut oil meant I would be doing some baking! Over the last two weeks, I think I have lost track of just how many things we have cooked with coconut oil! 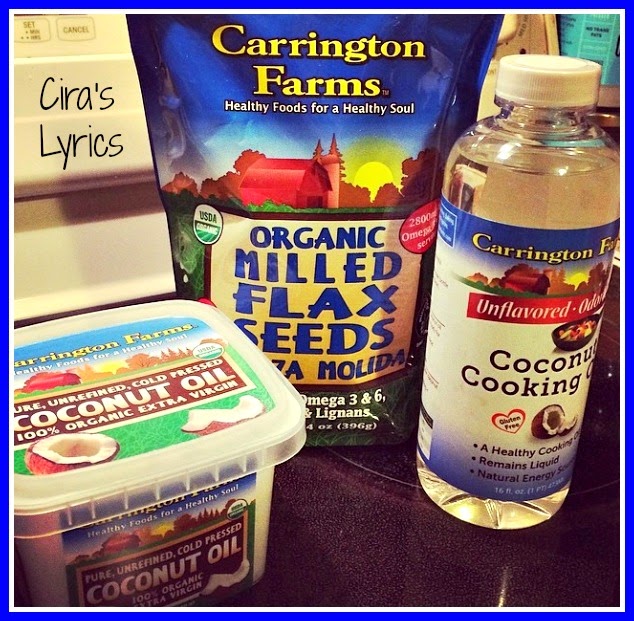 For starters, any veggies I roasted in the oven for dinners? Went in coconut oil with just a little sea salt. I swapped out veggie oil for coconut oil in my boxed brownie mix and my girlfriend thought I made them from scratch. (The power of coconut oil!) 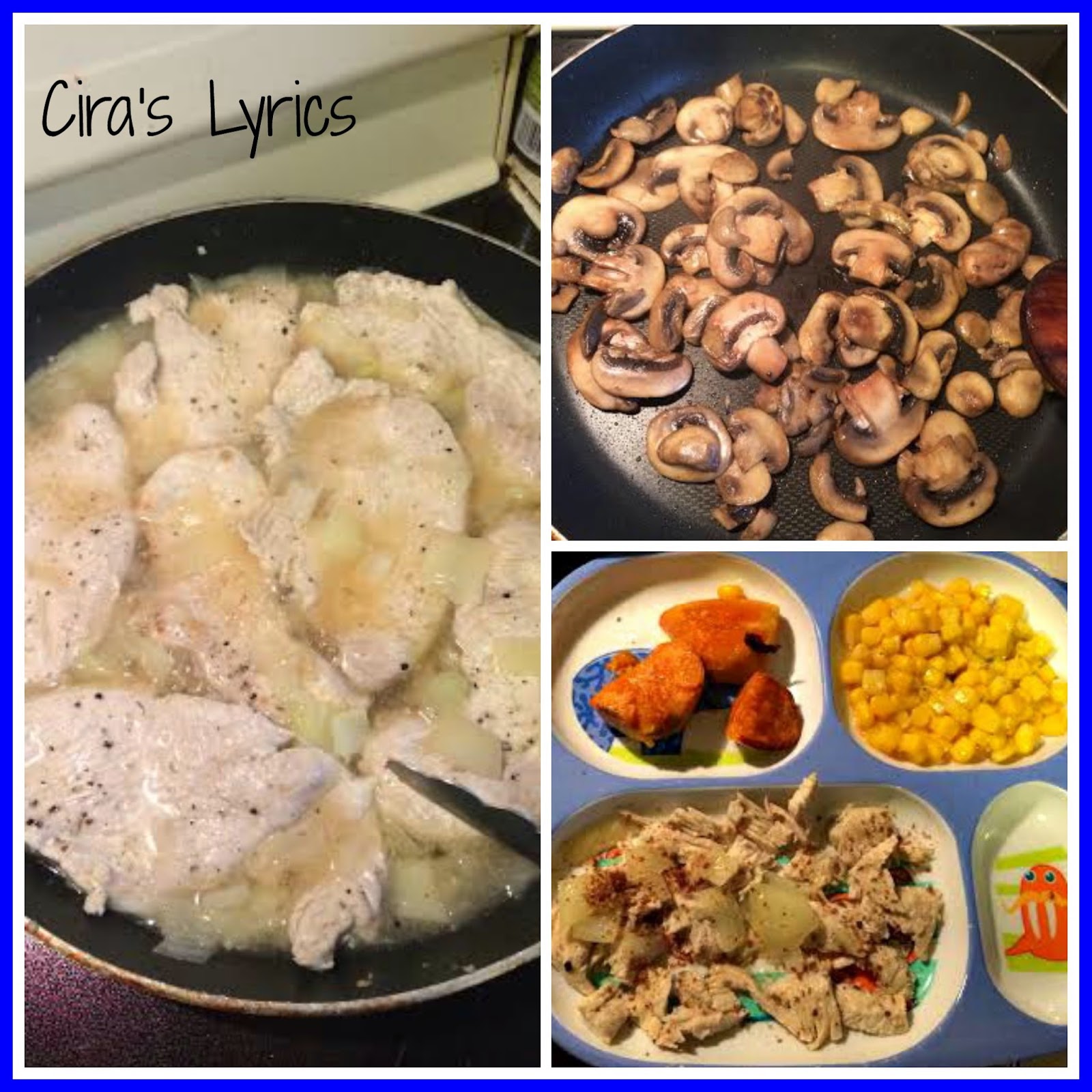 We made popcorn on the stove with coconut oil. I added the flax seeds to my homemade banana bread. The kids didn't know the difference - and told me it was amazing. I have even been throwing the flax seed into oatmeal, cold cereal, and even a stir fry. 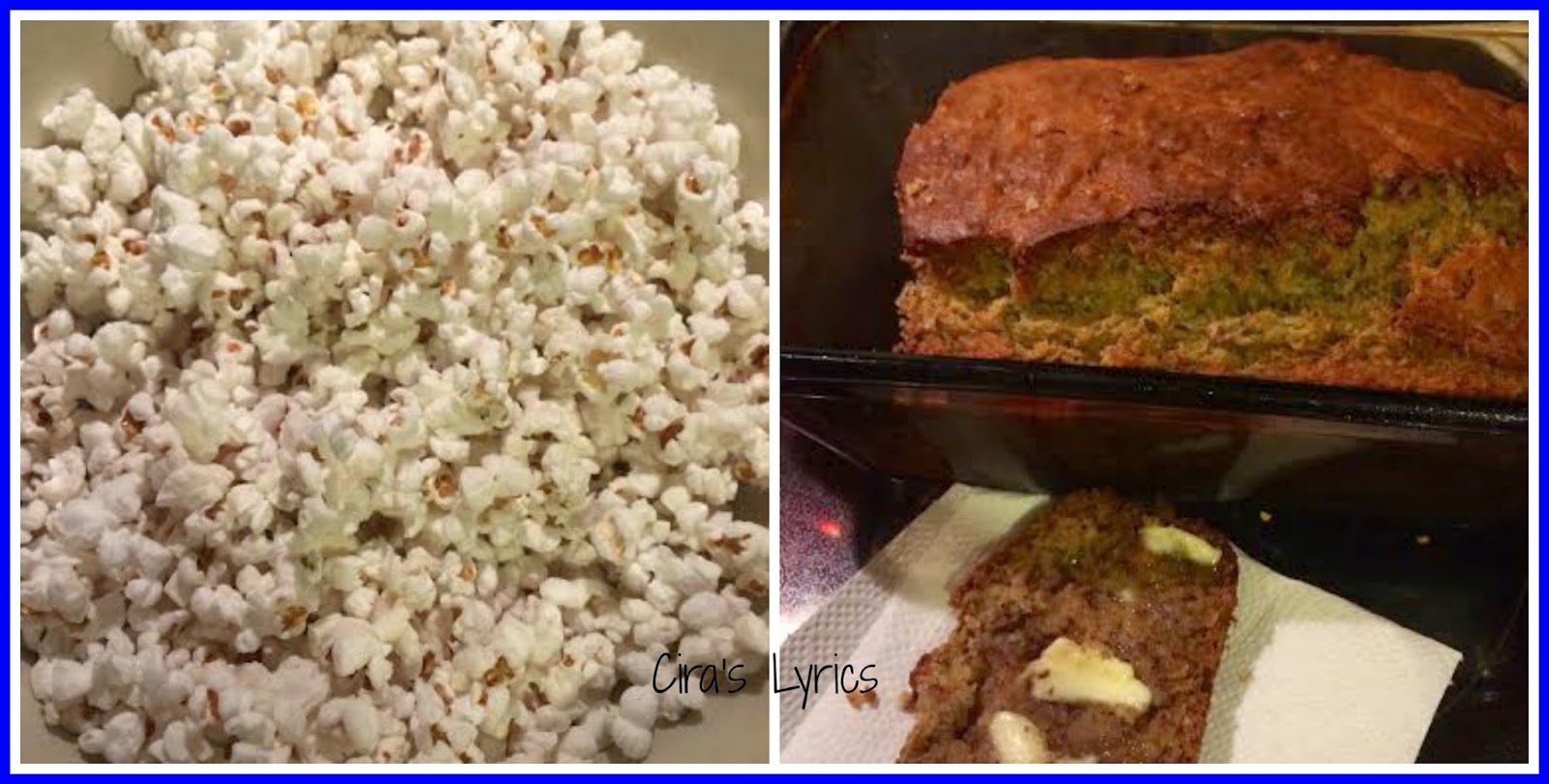 I am actually nearly out of BOTH the tub and the bottle of coconut oil. Which means this weekend I will be adding it to my shopping list! For my New England friends, Carrington Farms products can be purchased at your local Whole Foods. (Can't find some near where you live? You can order online with Carrington!)﻿