By now you have heard about the Chinook helicopter crash in Afghanistan that killed over 30 service members.  Horribly sad.

Sometimes it can be easy to forget - or feel disconnected - from the war being fought overseas.  We have lived with the news reports for so long now I think some people start to feel desensitized to the news reports from far away.

Things like this always make me stop and think.  Though it was not for a long period of time, I was in Army ROTC in college and seriously considered making a life in the Army my career.  Al went to Norwich University (a military college in Vermont).  Some of our friends who went into the service, we know right where they ended up and that they are OK.  Others?  You lose touch.  It's always in the back of my mind when you hear the news of someone else losing a life... I silently pray it wasn't anyone we knew.  Not that that minimizes the loss of life.  It was still someones love... someones family member... someones friend.

Last night Al got the news that he had indeed known one of those guys on that Chinook.  His name was Brian Bill and he graduated a year or two after Al did.  He was a Navy Seal who had belonged to Team 6, the unit involved in the raid that killed Osama bin Laden.

While I did not know him, my heart goes out to his family and friends for their terrible loss.  He was a true hero, in every sense of the word. 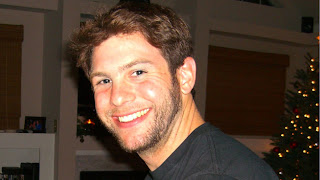