This afternoon Al and I cleaned up the backyard for spring.

The good things we kept.  The old broken yard toys ended up filling an entire trash can.  And then we put these on the curb. 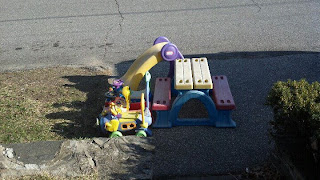 And as crazy as it seems, it hurt my heart.
Sitting there are the "ride-ons" that each of the boys got when they turned one... 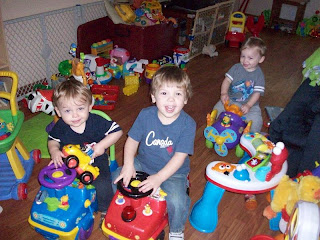 and rode all over the entire house until they were too big for them.  Instead of throwing them away like we wanted to when they were outgrown, we let the boys talk us into putting them in the yard.  (Where even last week, as big as they are, they were still riding them through the dirt and grass.)
The picnic table we initially bought for the living room 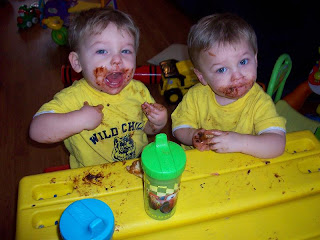 and later put in the yard for lots of BBQ's.  And sometimes as a spot the boys would jump from for some extra.awesome.air.
And then there is the tiny Little Tykes slide I hunted down on craigslist for the Big Guy.  The slide that once seemed giant for him... even if it only comes up to my knee. 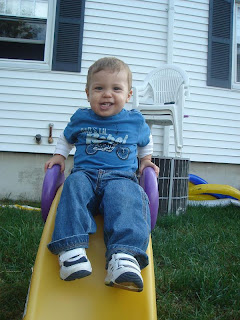