Beaches that are actually lakes and fun filled weekends

I really had the best weekend with the boys.

And by weekend I'll start with Friday.  Briar Point Beach (which is a lake, not a beach by the way) with Jules, my cousin Kerri, her boyfriend Frankie and all of our kids. 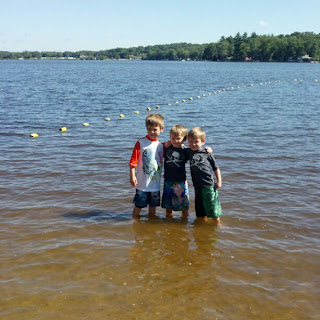 While I am not quite a fan of lakes and most likely will not go back there again, it was pretty cool watching the Bunny Bee finally learn to swim.  The Big Guy started to get the hang of it as well.  Once the Bunny Bee got going though, he spent hours in that water.  (That's our entire kid crew of eight there.) 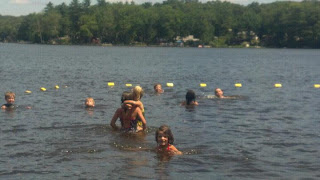 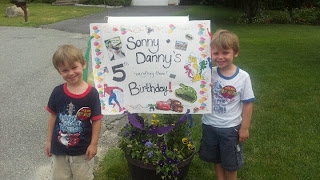 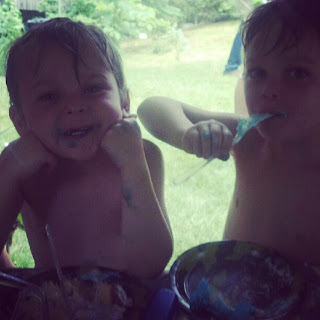 95 degrees before the humidity, and then it rained.  During the party.  But we had that part covered. 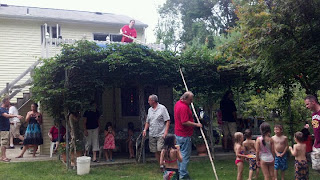 With a giant tarp.  It was kind of hilarious actually.

Today we tried to hit up the Tall Ships in Newport. 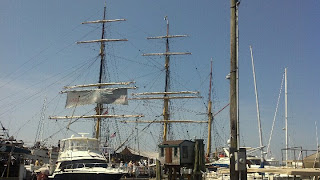 Lets just say we didn't exactly research that one enough.  We debated on paying the money to board the ships but then thought about how there was no way the boys would wait in the heat like that.  No, we would just go down, look at the ships on the water and the boys would not know the difference.

Um, guess what.  They were charging a fee to even get on the pier - and not board the boats. 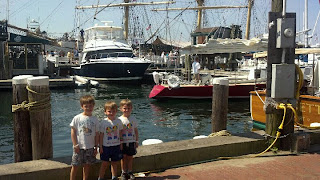 We saw two from afar, the boys checked out the porta potties (I know) and decided they had enough of the heat.  As in two out of three started to cry because they were so hot.  So we hit the arcade. 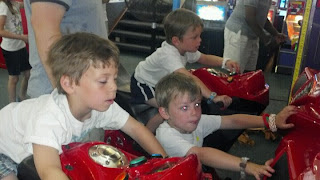 And a cupcake shop. 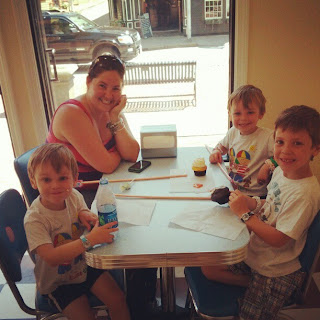 This afternoon we hit up the Budlong Pool so the boys could show Al how they could 'swim' and we capped off the night with grilling out in the backyard.  And getting hit by the sprinkler over the fence after we ate. 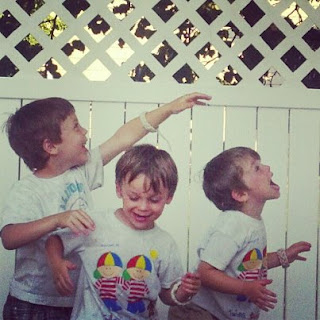 But now reality is setting in.  For the last few weeks all I could see in front of me was the boys birthday.  Now that we are past that, I am realizing that I will be on a plane one week from tomorrow.  Flying to New Mexico for three days with Mercedes Benz ...and I am kind of freaking out a little.

Just about two weeks after that?  I will be in NYC for BlogHer.

Oh my God!  When did I become the girl who travels like this?
Posted by Liza at 7:29 PM