Al's grandmother passed away Friday in Guatemala.  To the boys, she was Bis Abuela.  This photo was taken just before she left the US for the last time, about a year ago.  Before that, she would spend a few months visiting every single year.  The boys were so lucky to be able to get to know her.  The language barrier didn't even matter and I loved that.  The boys would walk in and say Hola Bis Abuela and give her hugs and kisses. 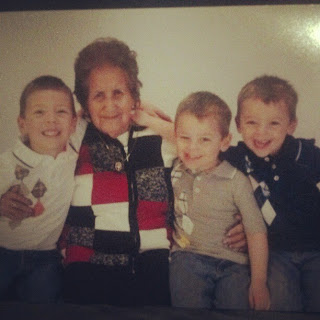 It was so hard to have to sit them down and tell them she went to Heaven.  Harder still to tell them we could not go to the funeral because it would be in Guatemala the very next day.  Al and his dad took his mom to the airport, but the rest of us would have to stay behind.  Money aside, I was kicking myself for not getting myself or the boys passports yet.  I knew this day would be coming ... I just thought we had more time.

The boys got teary and said they wanted to send her pictures. I told them they could draw her pictures and we could tie them to balloons and send them to Heaven for her.  Yesterday they drew the pictures and it broke my heart when Danny asked me how to spell I am so sad you died.

Today the boys all put on their newest Guatemala shirts and we went to iParty so they could each pick out a balloon.  We drove to the Temple of Music at the park and I tied their pictures to the balloons as tight as I could. 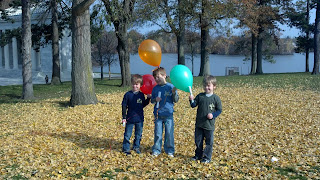 The boys picked a spot over the hill close to the water and told Bis Abuela they loved her and would miss her.  And then they let the balloons go with the wind. 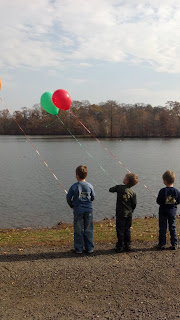 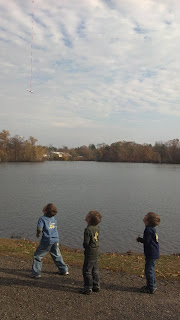 I promised them the balloons would get to Heaven and that Bis Abuela would get their pictures.  And then Al and I held our breath that we wouldn't see the balloons pop.  The boys watched them until they were up so high we could no longer see them.  Watching the Bunny Bee trying so hard to hold back his tears, I almost lost it myself. 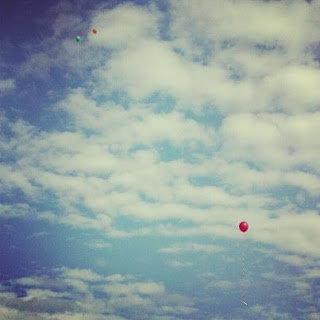 Later today we will make the boys some tortillas and fried plantains, the way Bis Abuela used to make them... and celebrate her in our own way, even if we can't actually be there.  I told the boys that I know - I know - that Bis Abuela can see them again now.  And she knows just how much they loved her. 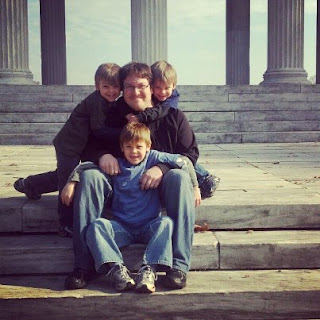