So it's no secret around here with the lack of posting that I have just not really been in the mood to write lately. It certainly isn't because we don't have anything going on. My head spins weekly trying to juggle swim, wrestling, gymnastics, tutoring, work, PT/OT/doctors and trying to fit in every last item on the summer list before we run out of time. 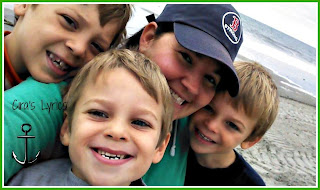 But by the time I sit down for the night? I have a million things I could be writing about, but pretty much just sit on the couch and stare at the TV. Hell, even I know I don't have time for that. I have about 2 and a half more weeks to clean out this entire house because it's going on the market. But somehow I can't manage to get anything done. Procrastination and my ADD at it's finest. I know it. I also know that I will cram it all into the last week. I will be miserable in the process, but I will get it done at the last second like I always do.

Tonight I actually shut the laptop down around 9pm - which is really early honestly. I checked the kids at 10 like I always do and got in bed to watch some TV. I felt my laptop calling me. To blog. So I started it back up because I have that overwhelming urge to pour out my feelings. And that hasn't really happened this summer before now.

This entire year was difficult for me for so many reasons. My oldest finally in full day school, my babies going to Kindergarten. I may be the only mom out there who is currently dreading the start of school. For close to 8 years now I have had at least one baby (sometimes two, sometimes three) home with me at least half days.

In two weeks? Both of my babies leave me at once and go to first grade.

For so many years when I was overwhelmed it felt like it would never get here. I have said it many times. And now I can't slow it all down fast enough.

I have this need to hit the breaks. To stop time. Yes, the house may finally be quieter ... the neighbors won't be listening to the ruckus that is always our house ... my work might even get done ahead of time. I will be able to take on more clients like I have wanted to.

But my heart is aching in a way I can not even describe.

With the Big Guy, it was tough - but I was more proud and excited for him because he was the oldest and I knew that he needed that independence that school brought from his brothers. I tell myself maybe I wouldn't feel so bad if the twins were not twins ... a year apart I could take. One goes, then the other. But when it's both of the 'babies' at once?

And I think what makes it even worse than that, is where we are. In just two weeks I have to return them to the very school that I again tried to permit out of just before they made the announcement permits would be denied. And for so very many reasons I won't even get into right now, it makes me ill because I want so much more for them. This house can not sell fast enough for me. If I could enroll the boys just about anywhere else in the meantime, I would do it.  It's somewhat of a comfort to know we will not finish out the school year where we are ... but it doesn't really make it easier right now. 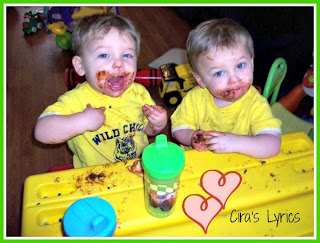 grow up to be this big on me 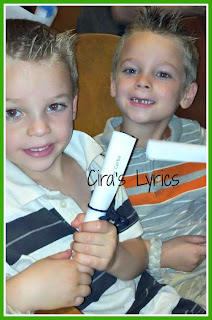 Someone get me Evie Garland. I need her to stop time. I just can't do all three boys in full day school. And yes, I will be a mess the next two weeks. That I can guarantee.