One of the many things my boys are obsessed with are Transformers. My husband grew up with them and he passed his love for them right on to the boys. When the Transformers Construct-Bots package showed up in the mail a few weeks ago, there may have been some screams of joy. But then that happens around here any time a package from Hasbro arrives. 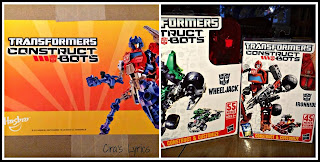 *Disclosure: The boys and I were given two Construct-Bots sets from Hasbro to review, in exchange for a blog post and social media promotions. Stick with us - there is a giveaway at the end you won't want to miss!

Just what are the Construct-Bots? For the first time, Transformers fans can construct, customize and convert their very own Bots! The newest innovation from Hasbro, each Transformers Construct-Bots figure includes a robot frame, armor, weapons, and accessory parts to let kids build and customize their own robot action figure. To enhance the play experience, each CONSTRUCT-BOTS figure can quickly and easily convert from robot to vehicle and back - without taking it apart.

The best part? All of the parts are interchangeable between *all* Transformers Construct-Bots figures, so there is almost no limit to what kids can create!

And you know there's an app for that too! Free on the App Store or Google Play, you can play on your tablet or mobile device. Construct and customize your Transformers robots on the go by entering codes found in the toys to unlock Part Packs. Part Packs let you construct and customize bigger, stronger bots to help you get further in the game. The boys have actually been having so much fun playing with the Construct-Bots that we haven't even gotten to the app just yet. 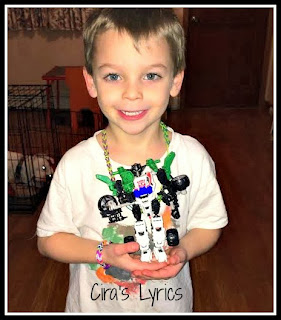 This is WheelJack - from the Elite Action Figure Set.  (55 pieces, ages 6+)  The set came with a super cute red storage set to keep the pieces in. 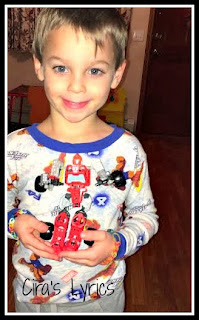 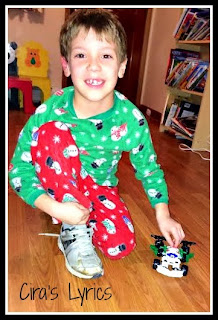 I think the Big Guy liked it best when he converted WheelJack into the car. After the boys spent some time playing with each one separately, they got together with Daddy to work on constructing something brand new. They used pieces from each of the two sets (both WheelJack and IronHide) and came up with their very own custom creation. 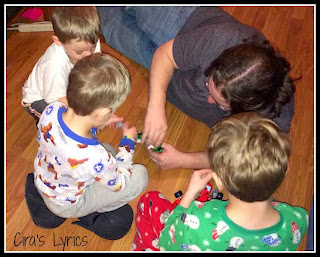 I present to you ... Iron Jack - as named by the boys. And yes, he has two heads.
How awesome is he! 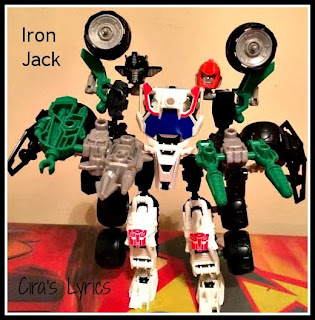 The boys give the Construct-Bots two thumbs up! 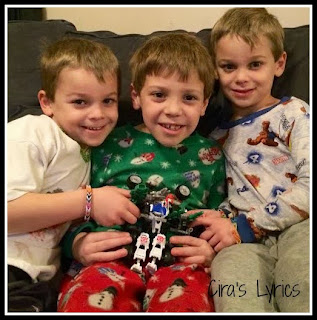 Winner will be notified by email. Prize will be sent directly from Hasbro. Giveaway closes at 8am on Wednesday, December 4th when the winner will be chosen by Random.org!