**Disclosure: Hasbro sent us one Marvel Super Hero Mashers action figure assortment and one battle upgrade in exchange for our social media promotions and review. Opinions are all our own. (Stick with us for a giveaway below!)


My kids have been sick on and off for weeks. Finding this package on our doorstep totally perked them up. They had seen the commercials for the Marvel Super Hero Mashers and wanted them more than anything. It was a total coincidence that on the day the box arrived, the twins were already wearing their favorite super hero shirts. We are all about super heroes over here! 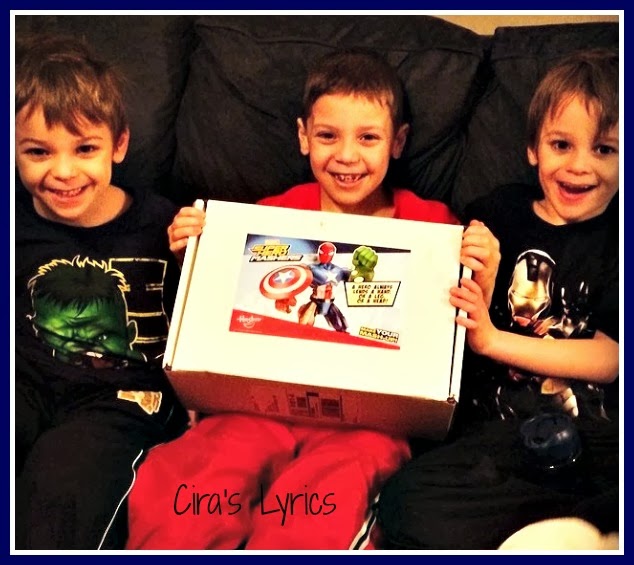 They tore into the box to find... the Iron Patriot and Captain America! 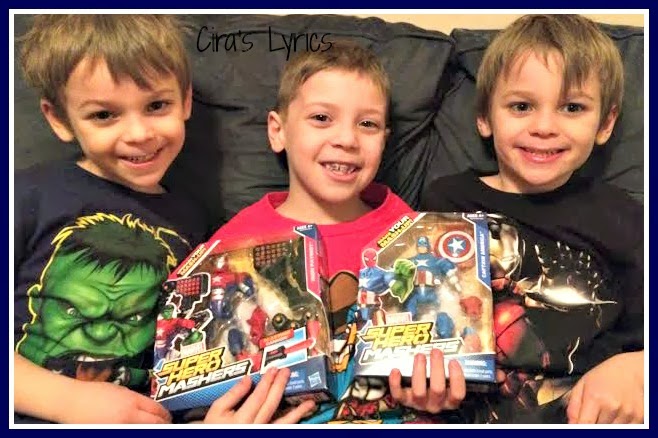 As we all know, a hero always lends a hand. Or a leg. Or a head! Hasbro’s all-new MARVEL SUPER HERO MASHERS action figure line features your favorite MARVEL Super Heroes and Villains with completely interchangeable parts and accessories, so kids can create their very own ridiculously silly heroes! With more than 20 unique MARVEL SUPER HERO MASHERS characters planned for 2014, there are tons of silly ways to mash them all.

They spent the rest of the night playing together, making all different combinations. The boys could not stop telling me how awesome it was because superheroes could be all mixed up, making different super heroes. 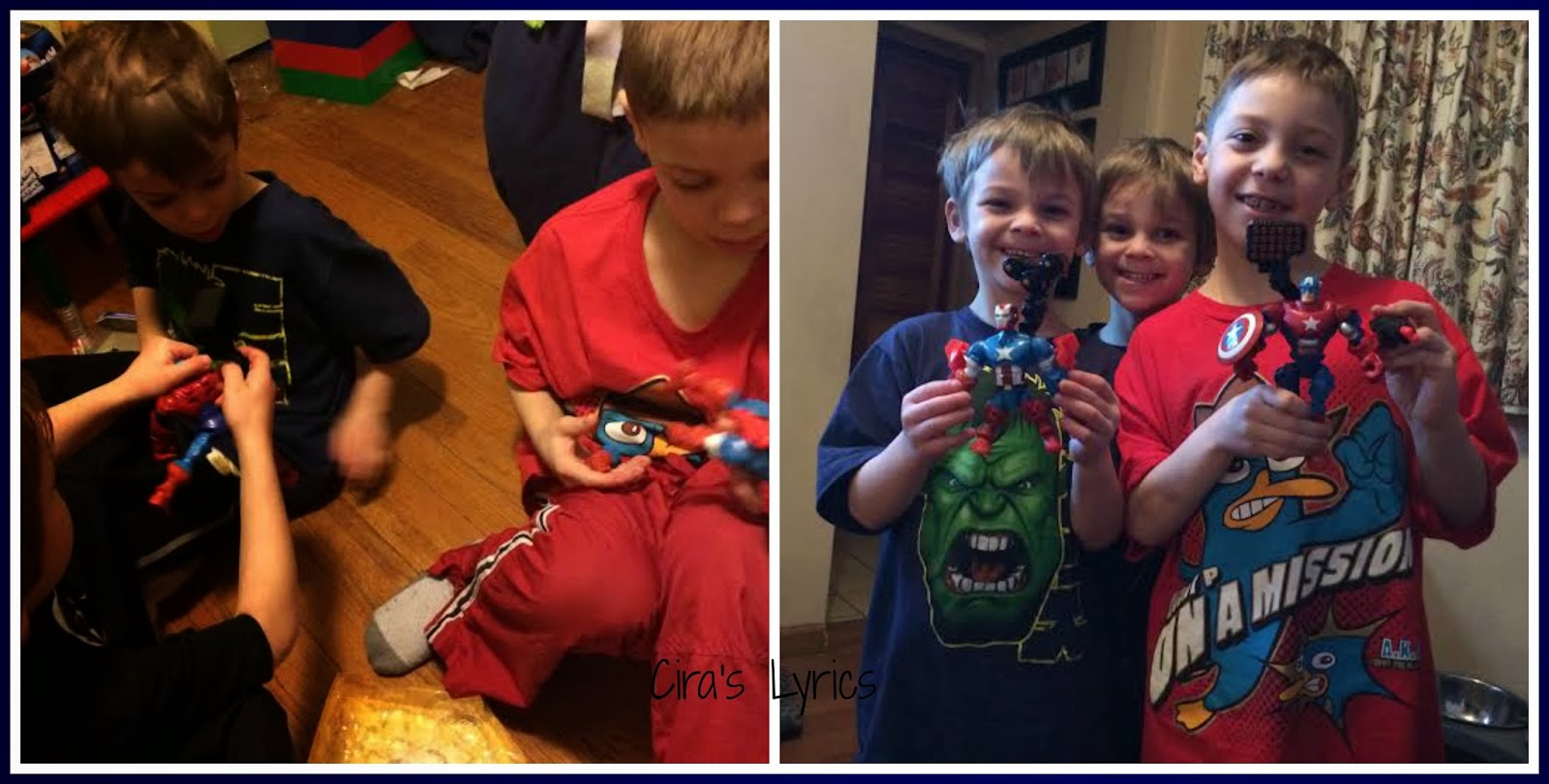 My oldest made the final creation. He named it "Captain Iron" and put it in front of our flag for photos. 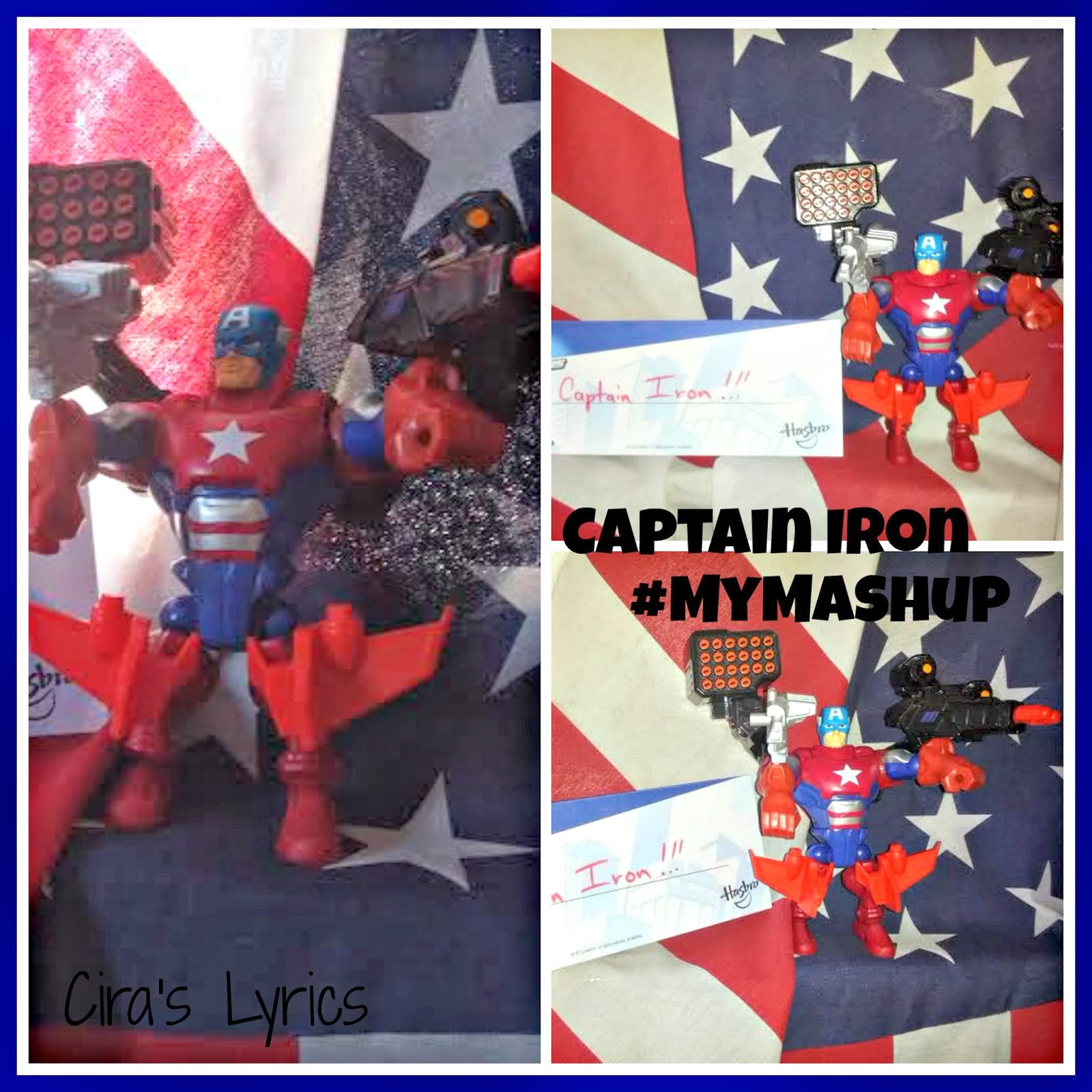 More than 20 unique mashers are planned for 2014 and the boys can't wait to add to their collection.

The boys and I get to give away one MARVEL SUPER HERO MASHERS BATTLE UPGRADE figure to a lucky reader. To enter, comment below with your favorite Marvel Super Hero. Giveaway open to US residents only - prize will be mailed by Hasbro. Giveaway closes 8pm on Sunday, March 2. For a second entry, tweet about this giveaway (link to this post included) and leave an additional comment with the link to the tweet.

MARVEL SUPER HERO MASHERS Action Figures Assortment
(Ages: 4 & up /Approx. Retail Price: $9.99/Available: Now!)
Would a hero with SPIDER-MAN’s body and HAWKEYE’S head shoot arrows or webs? With MARVEL SUPER HERO MASHERS, the possibilities are colossal for you to make YOUR mash-up! Thirteen figures will be available in this assortment in 2014, featuring favorite Marvel characters like CAPTAIN AMERICA, SPIDER-MAN and GREEN GOBLIN. Each figure is sold separately and comes with an accessory.