Each week is different around here lately. Not to mention insanely busy.

Part of me feels like I have become a taxi driver. While I used to be the mom who walked her kids around the block, took them to the playground on nice days ... well, lets just say we don't get much time to do those things anymore. Part of it is the boys getting older, but the other part is that we have just become so busy that there isn't any time.

Between school, shuttling back and forth to Boston, nights at the pool and the gym ... we have been playing catch up lately. Catching up on the work the boys missed ... catching up on ... everything some days.

For months now I have gone back and forth over what to do about school. Keep them in the place where they are, or homeschool them. Several factors over the last few weeks helped me finally make that decision and take the plunge. We started homeschooling the boys this week. It's not in the plans forever, but it is the plan for the rest of this school year.

How I feel about the school we were at aside (which I will not get into on this blog), the boys have been missing more school lately than they were attending with all of their auditions. It's amazing they are getting so many calls from their agent right now, but a piece of me was worrying the boys would start to fall behind in their school work and I did not want that to happen.

I have spent months talking to some of my mom friends who homeschool as I sat on the fence with my own decision. Last week Al and I went out and bought lots of school things in preparation. Journals, math workbooks, handwriting workbooks, new chapter books to read ...

And Monday we took the plunge with Day 1.

We started by reading a book about space. In their journals, the boys wrote about what they would like to do if they could go to space. We did math, practiced handwriting (print for the twins, cursive for the Big Guy), reading ... a little bit of history. And for music? Well, Monday was Billie Holiday's birthday so we read about her and listened to some of her music and talked about it.

I took the boys out into the yard and we did our very first science experiment. Thank you Pinterest.
Ziplock Time Bomb. It was so cool we did it 3 times - with a tissue, a napkin and then a paper towel to compare how long it would take. 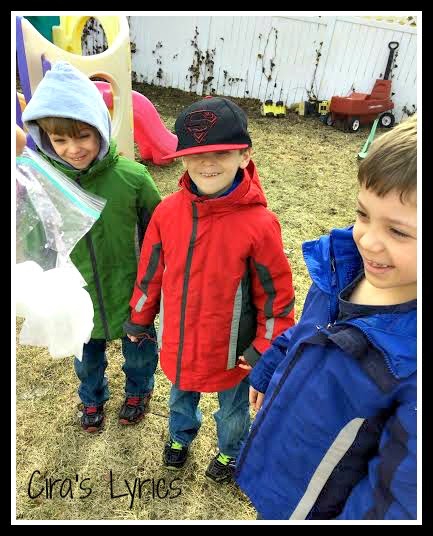 And we ended our day with a trip to Johnston War Memorial Park. We stopped and read the stones, checked out the tanks, talked about the military and why the park honors people and went on a nature walk (which they will be writing about in their next journal entry). 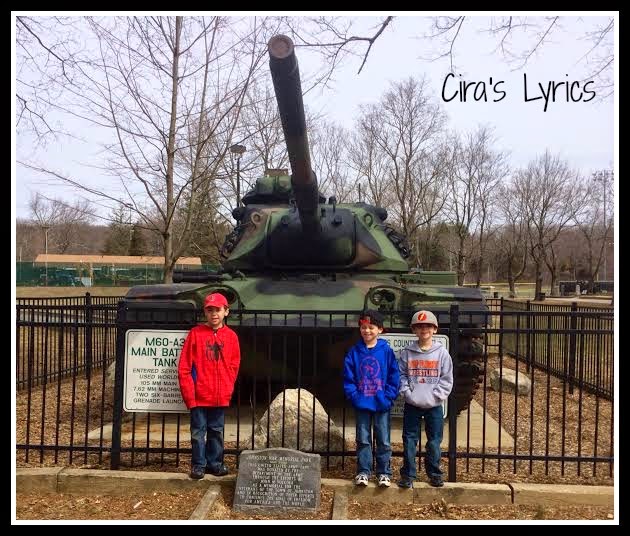 When we were all done, I let them play on the playground for a little while. 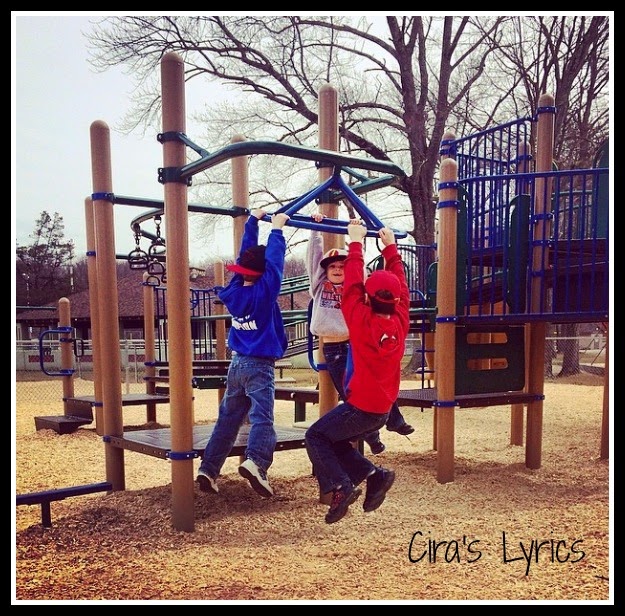 And I realized what we have been missing.

Homeschooling the boys is both scary and awesome at the same time. (Although I'm sure if you ask me by September, I will be ready to push those babies I love right back into a new public school.)

Right now though? I'm going to try and enjoy the next few months in between all of our trips to Boston and back. I know I won't get this time with them back again.
Posted by Liza at 7:04 PM