While last week had it's ups and downs, I would still call it a complete win.

We got so much work done and I felt like the boys were learning so much. We even hit the dairy farm! In the middle of all that, the Doodle Bop was back and forth to Boston twice 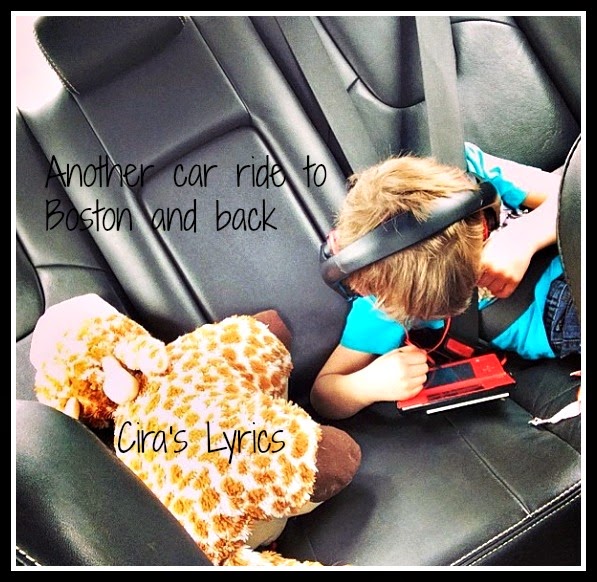 filming another commercial ... to which I will just say Tom Brady ... Uggs ... Awesomeness! And that baby still got his schoolwork done, as did his brothers at work with Daddy for the day.

Today was the start of week two and I was ready to go. Little did I know that just about everything we tried to do today would end up being a disaster - complete with downloading a virus onto my laptop while trying to print out work for the kids, and Captain America charging out the front door at the speed of light when the boys tried to come in the house. How we still have a dog is nothing short of a miracle the way he crisscrossed across traffic as the boys melted down. I am beyond grateful for our neighbor who noticed him on his sprint for Freedom and brought him back to us in her car.

It was that kind of afternoon where I threw in the towel, ate entirely too many peanut butter cookies (that I made for the boys) and thought about opening a bottle of wine.

The twins were unimpressed with dinner and instead of eating, both accidentally dumped their bowls onto the floor rather than continue eating. Seconds apart. Tears and early bedtimes all around.  Just when I thought I couldn't take any more today, I looked at the Big Guy and told him to throw on swishies or shorts.

I told him he was going to be my workout buddy and that I was going to start running again but I needed someone to push me. We stretched out and went to the track. I started over on C25K after quitting without finishing many months ago.

That kid turned my whole day around. I watched his red shirt fly past me and I kept my eyes on him as I tried to catch up. My eight year old can outrun me. Outrun me AND shout at me to speed it up. He thought he was hilarious out on that track. And it was just what I needed. 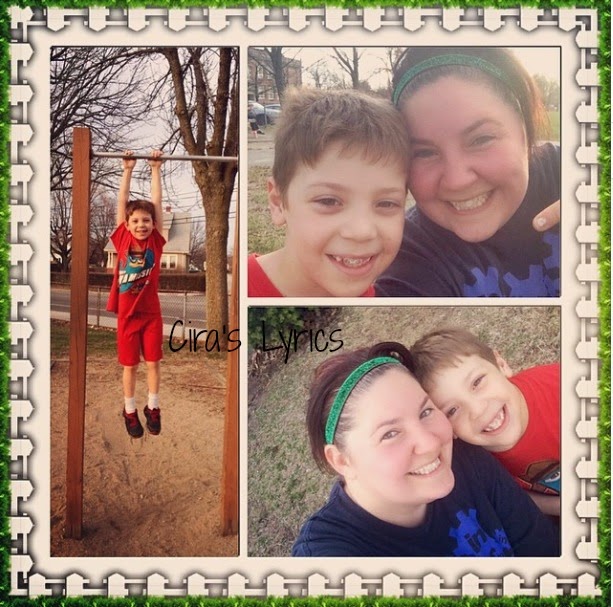 I did manage to beat him in a planking contest at the end though, so there's that.

Here's to a smoother day tomorrow.