The Original Loom Boom: Saving my sanity one bracelet at a time

*Disclosure: We were sent an Original Loom Boom to review (and one to give away) in exchange for our social media promotions and blog post.

I don't know about you, but since we brought the Rainbow Loom into our house, we have been a bit of a bracelet factory. And I find them everywhere. Not just the bracelets, but the pieces to make them as well. I am constantly picking them up, putting them back on the boys bureaus ... into little boxes ... nothing seemed like a good solution.

And can we talk about the dog for a moment? While I have never actually seen one in his mouth ... lets just say I have found them in ... smaller pieces... in the backyard. (We'll leave it at that.)

When the people from Loom Boom contacted me, I was excited. I had no idea a product like this existed. Sold nationwide for just $9.99 at Michael’s and Learning Express, The Loom Boom features bright-colored tubes that can hold up to 40 bracelets. Two moms actually came up with the idea when one of their five year olds was storing his bracelets on a paper towel roll! 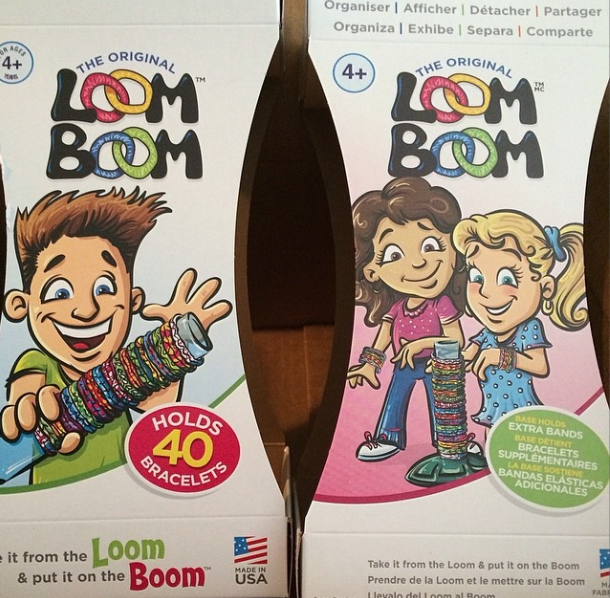 Quick Facts:
• Organize, display, transport and share your loom creations
• Features bright colored tubes that can hold up to 40 bracelets
• The tube is detachable from the base, giving you easy access to bracelets at the bottom
• The base contains extra storage compartments for loom bands, charms, clips, and other spare
parts
• Available in a variety of color combinations

And it's made in the USA!

My oldest could not wait to get one right out of the package. Before I was even ready, he was collecting his bracelets and adding them on. 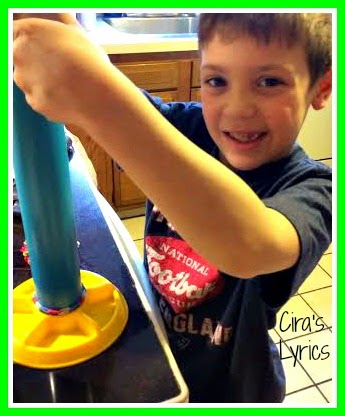 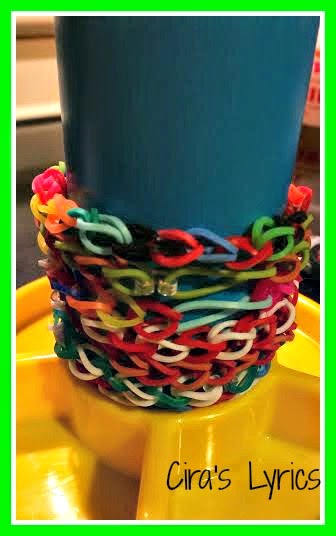 I really like how you can put spare pieces in the base. He keeps it on his bureau and now it's all in one spot. It's a little early, but in the last week? I haven't found any um... pieces ... in the yard. Definite win!

The Original Loom Boom has a really cool contest going on this month for kids. The first ever award for loom bracelet fanatics! Kids can submit their creations for a chance to become a Super Loomer in the 1st Annual Loomy Awards!

Up for one more contest? I get to give away an original Loom Boom! To enter, comment below with the reason you want a Loom Boom at your house. Comments will be accepted until noon on Friday, June 11th. Winner will be contacted by email. (Sorry, US only on this one.)