So I'm sitting here staring at this page and wondering what to write. One of those times I don't even know where to start. I know that I need a vat of coffee this morning. I'm in catch up mode again and I don't love that.

This week however, has been pretty exciting.

The twins commercial came out - which you can see on actual TV if you live in Massachusetts or Connecticut. If you don't, you can catch it online or watch it here. (I may have watched it like a million times now.)

The Big Guy started cooking lessons this week. A few months ago he started watching the Food Network - like really watching and loving it. He saw some kids competing and decided on the spot that that was what he wanted to do. He wanted to learn to cook (and eventually be on one of those shows). But it's the learning to cook that is most important and he started asking me for lessons.

I have wanted him to have his own thing for so long - apart from his brothers. It's hard when you have 3 kids separated by one school year. They are always going to end up with not only most of the same friends, but into the same activities. I am so happy for him that he found something he really wants. All the months he spent waiting for his braces to come off his front teeth so he could start auditioning like his brothers for movies and more? No longer important to him right now.

If something comes up, he might still want to give it a try - but overall he doesn't want to pursue acting like his brothers. And that is totally OK with me. I couldn't be more proud that he made that decision on his own.

He started cooking lessons this week with my friend Jason and he can't wait to go back again for more! (Future blog post to come about the lessons!) 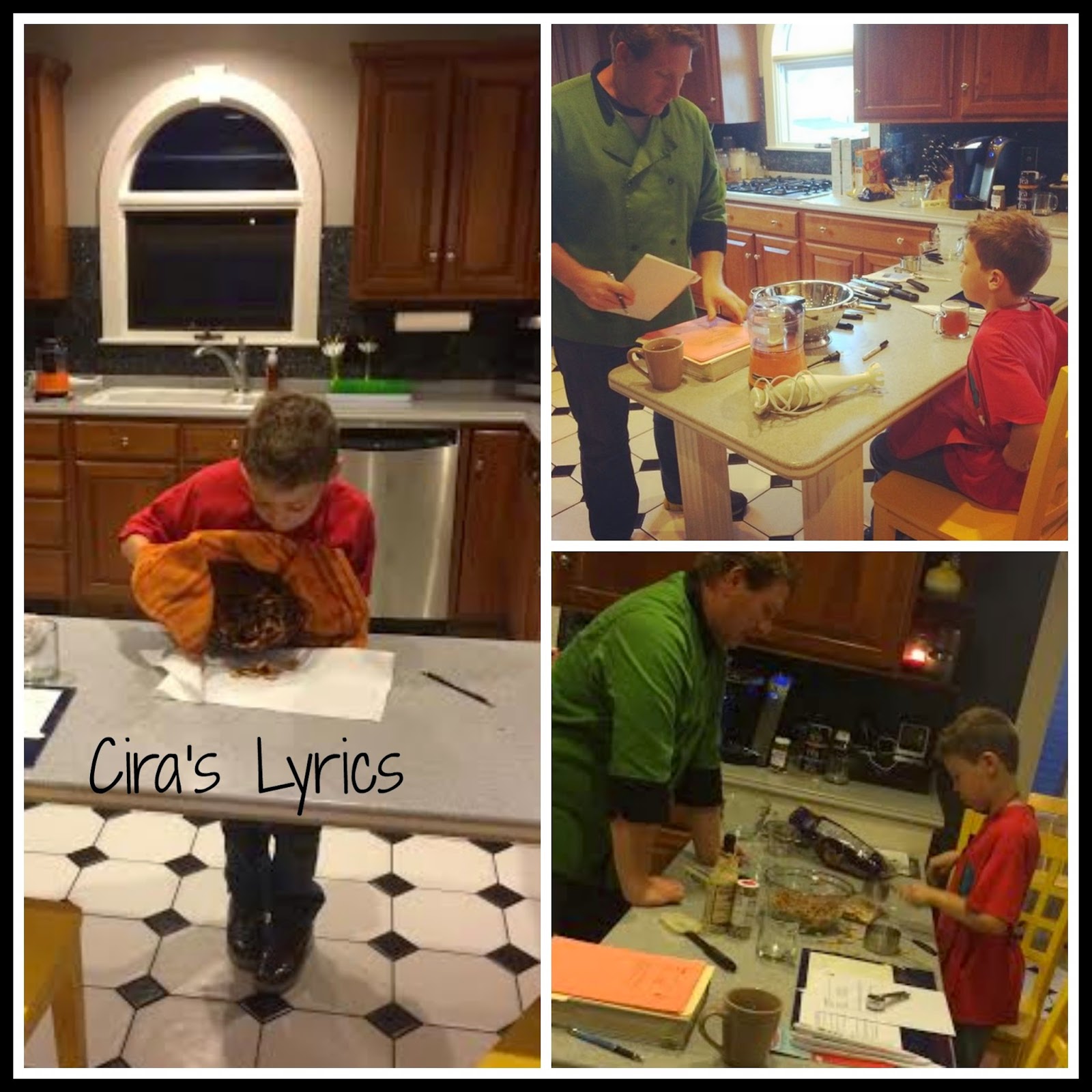 Yesterday we took a last minute family trip of sorts to New York. The twins had an audition on Long Island. We don't yet know the outcome, but will hopefully hear something soon. It was a long and exhausting day but I wouldn't change a thing. (Except maybe how much I end up packing for auditions ... so many bags.)

Driving home last night with the boys all asleep in the back of the car? I couldn't get a good photo of all three of the boys because the Big Guy was leaning the opposite way - but I love turning around to check on everyone and seeing moments like this. 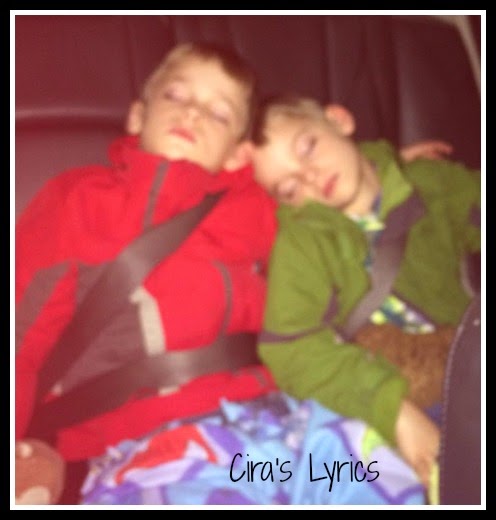