This blog post is part of a paid SocialMoms and Disney Planes Fire & Rescue blogging program. The opinions and ideas expressed here are my own. 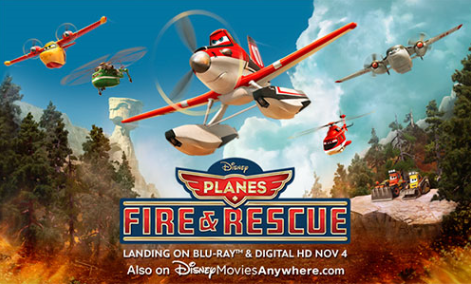 Have you had a chance to see Disney Planes Fire & Rescue? My boys LOVED the movie and we have been eagerly awaiting the DVD release for Blu-ray and Digital HD  - which just so happens to be Tomorrow (Tuesday, November 4th)!

For the last few weeks, I have been part of an Instagram campaign through Social Moms and Disney Planes Fire & Rescue showcasing how kids can be everyday heroes. I have loved being a part of it ... taking time to realize all the little things the boys do each day that I might sometimes overlook. Moments like one of the boys helping his brother with his homework. Or walking into the laundry room to find my oldest trying to do his own laundry for me (even though he had never done it before).

Through the Instagram campaign, I was chosen to write a post about how my boys are my Everyday Heroes. While all 3 of them are my heroes for sure, today I am writing about my 8 year old. My oldest. He was born with cerebral palsy. We didn't know it at the time. We didn't get the actual diagnosis until he was about 19 months old - just one month after his younger twin brothers were born. It had come as a shock to my husband and I. In the beginning it was like he was ahead to hit all the milestones ... until he suddenly wasn't. We were sent for a consult thinking he might need a corrective shoe to help him walk unassisted, only to be met by an amazing doctor who was able to recognize it for what it was.

In the beginning I worried about everything for him. But it didn't last long. My baby didn't know he was any different than anyone else back then and while it might have taken him a little extra time to do something, he did it. And he crushed it time and time again. There was nothing he couldn't do.

Around the time he hit first grade, that is when things got tough again. It isn't easy when you have two little brothers just a year younger than you, starting to do everything you can do and more. It was incredibly frustrating for him. When he fell behind in swim lessons, had trouble ice skating ... when he saw them do anything faster or better? That was it. He was done trying.

His cerebral palsy had once been just something he had that was no big deal. His muscles just need a little help. Suddenly he was letting it define him. I can't do it because I have cerebral palsy he would say. As his mom, it broke my heart. He even started feeling like he didn't want anyone to know - once going so far as to deny he had it when a friend asked.

Why am I writing this if that is how he feels. Well, when trying to decide what I would write about, I actually asked him. I told him I wouldn't do it if he didn't want me to write about it. I could write about something else. I told him he was my everyday hero because he doesn't let anything stop him and he beamed and told me that it would be OK for me to write this post.  You see, the last year we had something of an amazing turn around.

He's had his ups and downs and his moments of frustration, but my baby worked so hard. For several months he was so active in wrestling and some other sports that it actually replaced his weekly physical and occupational therapy. He was told he didn't have to come back for awhile and we would see how he did! He got the hang of swim and worked so hard he is just 2 levels away from making swim team now - which is his new goal. He is no longer wrestling, but  towards the end of the season? He earned a medal wrestling kids who were mostly older and more experienced than he was. 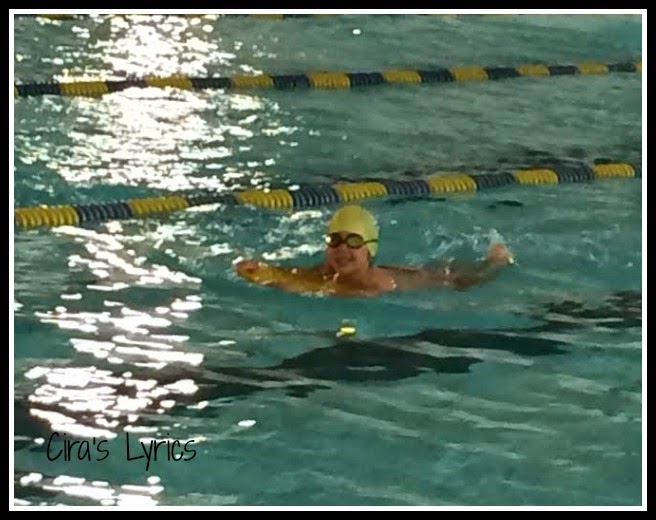 His neurologist sometimes calls him her miracle child when she sees him. It always makes me teary. He's her only patient with cerebral palsy who can do ... all of this. Every day he keeps going. Through all the things that frustrate him. Schoolwork taking longer. Sometimes having to find another way to make something work. But he does it. He is my Everyday Hero for sure and the fact that he allowed me to write this post makes it even more true.

I loved watching Disney's Planes Fire & Rescue with my boys for so many reasons. World famous air racer Dusty finds out that he may never race again. He has a disability in a way. His gear box is broken which could cause him to crash and the very one he needs is no longer made. Realizing he can no longer race, he has to shift gears and is launched into the world of aerial firefighting.

Dusty steps up to help a friend who is hurt by a mistake he made - joining forces with a team of veteran firefighters to save historic Piston Peak National Park from raging wildfire. Dusty has some mis-steps along the way. He has to learn that it's not just about what one person can do.

The movie is not only really humorous at times, but it sends such great messages. Everyone has to work together - everyone - from the ones in the air to the ones on the ground - to get the job done. No matter how big or small your role is, you are needed. You can make a difference. Along the way Dusty learns what it takes to become a true hero.

It's a high action adventure story that the entire family will enjoy. I know mine did. We can't wait to pick up Disney’s “Planes Fire & Rescue” tomorrow on Digital HD (available on Blu-Ray too)! For more on Disney's Planes, you can like the Facebook page below.


You can also join us for a fun #PlanesFireandRescueSweeps Twitter party this Thursday, November 6th, from 7-8pm EST (4-5pm PST). We would love for you to participate and share your photos, etc. You’ll be entered for a chance to win great Disney prizes!
This blog post is part of a paid SocialMoms and Disney Planes Fire & Rescue blogging program. The opinions and ideas expressed here are my own.
Posted by Liza at 8:54 PM