Big brother to the rescue

This morning the Big Guy came out from the bathroom grinning ear to ear.

How do I look Mommy?!

I noticed he had given himself one of those faux hawks.  The ones he would make me put in his hair day after day between the ages of 2 and 3 - but had long since forgotten about.  He then mentioned that a friend in Kindergarten does his hair just like this and he?  Looks so cool.  I told him what a great job he did on his own hair and that yes, he did look so cool.

The twins noticed the Big Guy's hair and they were all over it in seconds, insisting they had the same thing done.  I asked the Big Guy if he would like to help his brothers (fully expecting a no).  How surprised was I when he told them of course he would help them.  I ran downstairs to the dryer to get a sweater, only to come up to see... this. 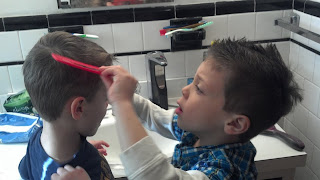 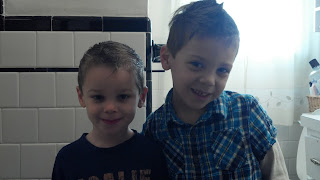 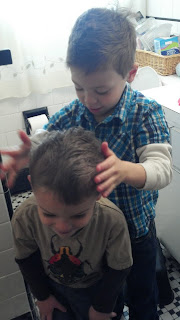 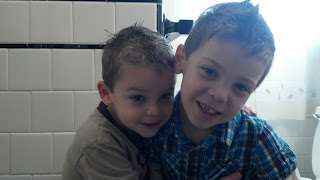