This morning was terrible and my day was only getting worse.

Over scheduled from the get go, but I thought I could make it all work.  I was so.wrong.

Out of the house by 7:30am to make it through traffic to the Big Guy's physical therapy for 8am.  And of course, no traffic.  We got there early - only for it to start 10 minutes late.

From there we had 15 minutes to make it down the road to the hospital parking garage and get checked in for the Big Guy's appointment with the pediatric orthopedist... which should have started 15 minutes after school would have.  And those appointments only go about 10 minutes anyway so the boys would not be too late to school.

Riight.  That appointment didn't start for an hour and 15 minutes AFTER the scheduled time.  And we got to spend almost the whole time in the packed waiting room next to a small child with severe bronchitis who coughed with her mouth wide open.  I wanted to dip the kids in sanitizer.  Things ran so late, I had to IM Al to call the boys out from school.  By the time we made it home there was only a half hour left of the morning.

Fed the boys an early lunch and 30 minutes later we were out the door again for a doctors appointment for me this time... which also ran over an hour late before they saw me.  Cut to boys crying in the waiting room.

Did I mention during all of this I had a headache - migraine actually - so bad I could barely see to drive, never mind tolerate any noises?  Nothing.helped.

I thought the day could only get worse from there.... but then the day was mostly over, wasn't it. 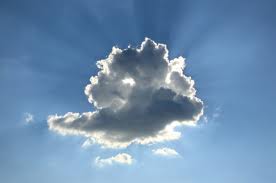 I've been telling the boys for days that after dinner tonight they would get a bag to put all broken toys in.  Then they would get another bag for good toys to donate to kids who don't have as much - since not only is the Big Guy's birthday coming but so is Christmas and they will get lots of new things.  We need to make room.

They have donated several times in the past, they just didn't know it.

This year I decided they were big enough and I wanted to see what happened if I let them make the decisions.  (Last week they decided since they no longer use the Little People and their millions of accessories much anymore they wanted to give it to Danika.  I was so proud - but sad too.)  End of an era with those little people.  The Bunny Bee used to spend hours on the floor playing with them.

While the broken toys barely filled the bottom of a bag (and I know there are so many more), I was so impressed with the toys to donate. FOUR FULL TRASH BAGS of toys!  OK, not full full, but full for 4 and 5 year olds.  They just kept coming up and asking for a new bag as they handed me a filled one.  Then I started to hear the boys talking to the toys...

We will never ever ever forget you

Maybe the new people will play with you lots

It started to break my heart for a moment...but then I realized they were still making all the decisions themselves.  And together.  The Big Guy would say 'What about this one' and they would all have to agree to keep or to donate.  WITHOUT my help!

So proud of my boys.  Definite silver lining of my day.
Posted by Liza at 7:04 PM