Before #Sandy the #Frankenstorm

Hurricane Sandy, or the Frankenstorm as it has also been dubbed, is due to hit us sometime tomorrow.  While we are crossing our fingers it has been more hyped up than anything, we still took time out to make sure we are all prepared just in case.  The predictions look a little scary.  We stocked up with some extra bottled water, snacks for the kids, (beer and wine for me and Al) and even batteries for the flashlights.

It was last night I realized that I better get my blog posting on.  IF we end up losing power, I would be missing writing deadlines for the week and that would not be good.  Quite the motivator this storm is.  From the moment I woke up this morning, I have been writing posts and sending them where they need to be ahead of time.

After lunch I was supposed to start writing again, but I couldn't help but feel that pull ... the one where I have to get to the beach.  Al and I got iced coffees at Dunkin, stopped home so the Doodle Bop could put on pants instead of shorts (don't ask, I stopped fighting it) and headed down to Narragansett.  The Bunny Bee got totally scared, as if I was going to throw him into a hurricane.  Until he stepped out by the Point Judith Lighthouse, felt the wind, and laughed about how he was having the best time ever.  Exactly 2 seconds after he got out of the car. 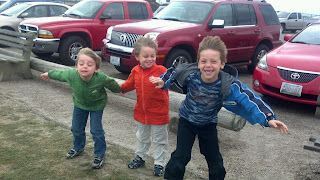 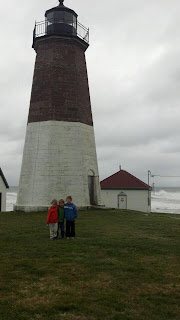 From there we made our way down Ocean Road in Narragansett, stopping along the way.  First at Scarborough, where the boys talked right to the NBC cameras that were set up (but not filming).  Hams I have.  They ran across the beach and marveled at the wind and waves. 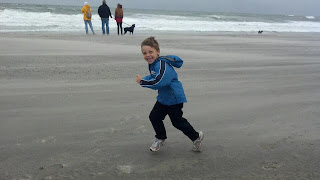 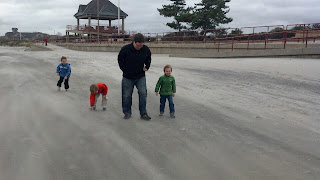 Next stop was the Narragansett Sea Wall. 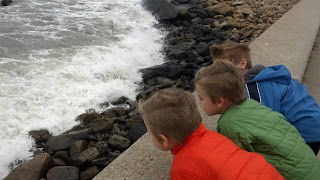 And the Coast Guard House.  (Just in case it isn't there after tomorrow and all.)  The beautiful glass windows were covered with boards and already numbered. 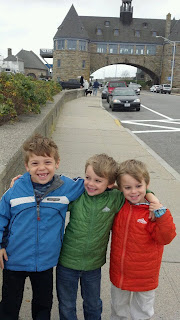 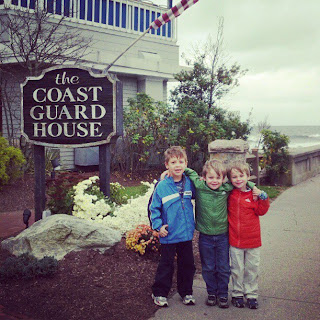 And before we left for home?  The boys made a video - "for the blog" of course.  My little mini-me's.  Love it!