The house phone rang just after 10pm last night, as I was just putting my cell on silent for the night. Since only telemarketers call the house phone for the most part, I knew just what it was. My stomach sank. Al called my name and I told him I didn't want to take it. He nodded but handed me the phone anyway.

My Grama had passed.

It was only then that I looked at the date and realized that it was one year to the day that my Grandfather had passed last year. I hadn't even realized what day it was. It was too late to call my other Grama so I emailed her that I was missing him and thinking of her.

I texted one of my girlfriends a few times, IM'd my brother a bit, and then I told myself I was going to sleep ... but I could not sleep. I wished that one of the boys would get up and need me so I could try and take my mind off things. I tried to tell myself that my Grama was happy now. At peace. Finally reunited with my Grampa after almost 8 years. Finally reunited with their son Alan who passed as a toddler and I know she never ever stopped missing. I tried to imagine them all together, with my Great Grama and others greeting them. 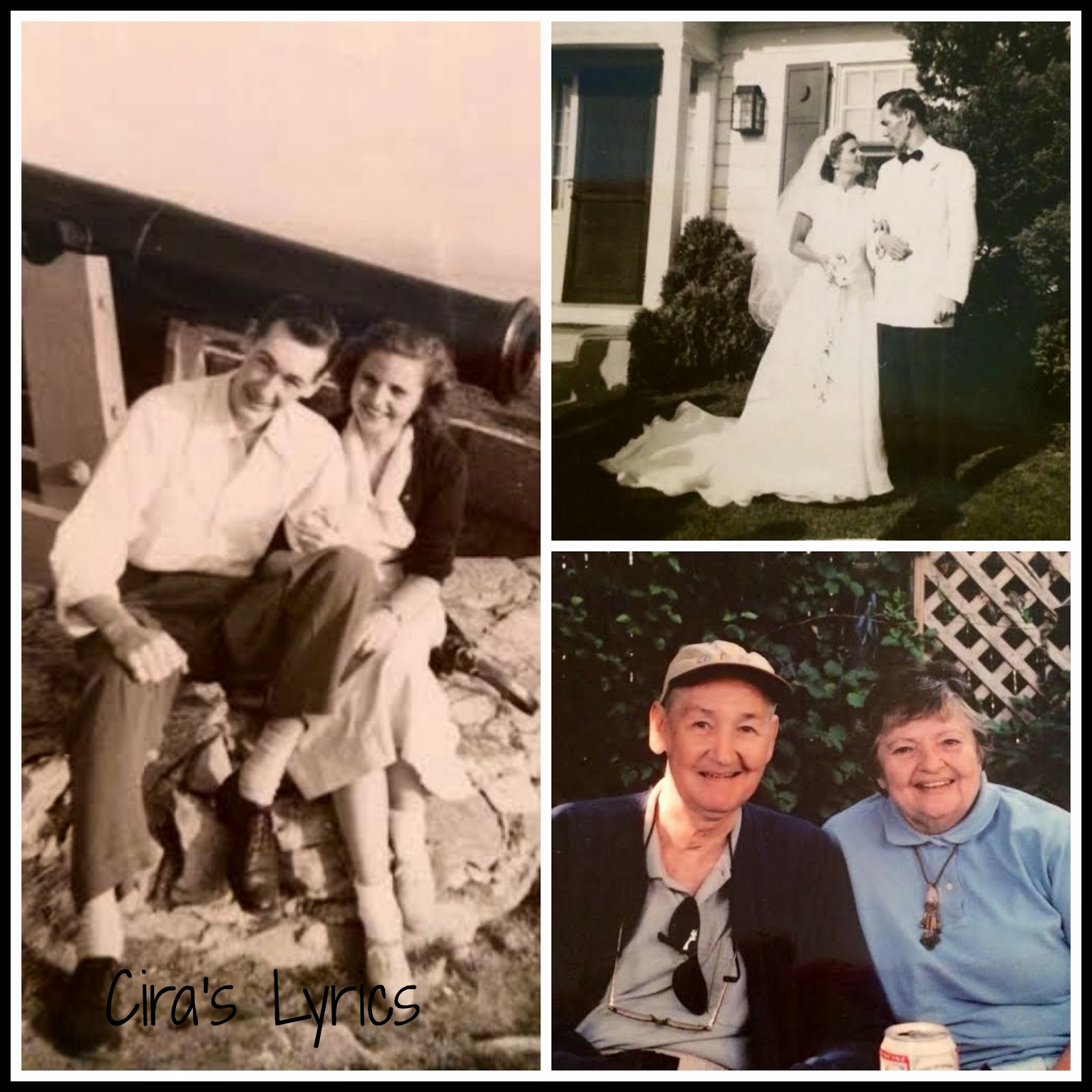 In the middle of the night the Bunny Bee came running in after hearing a noise. I needed that. I pulled him close as he fell asleep holding my hand.

We told the boys this morning. All three of them climbed in bed next to me and we just watched TV for awhile like that. The Big Guy said he couldn't go to school. I actually thought about keeping them all home, just staying in bed to watch movies ... but I knew that I had to send them. It would be good for them to be with their friends and in a routine today.

I came back home and tore my house to pieces trying to find the photos we had done when my Grama was last here 2 years ago. I had packed them in preparation for the move a few months back and had never scanned them in online. I prayed out loud to St. Anthony, never really believing it would actually work. Basement, my desk, the dining room, my entire bedroom ... all torn apart. Just as I was giving up, I checked one more place - that I didn't think it could possibly be.

And there they were. 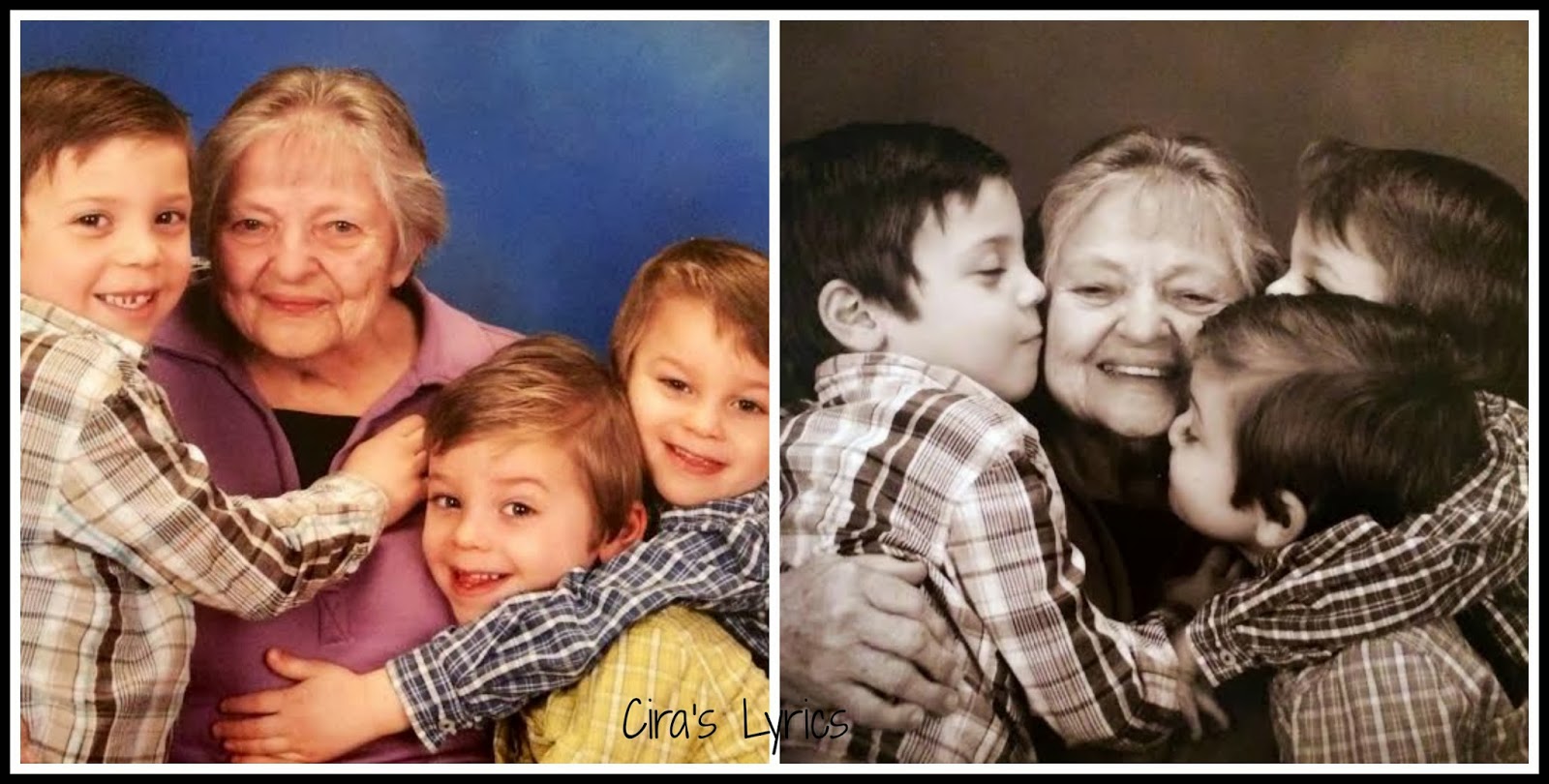 Tears all over again.

It doesn't feel real thinking about how I will never hear her voice or get to hug her again. My Grama was so strong, loving, compassionate ... amazing. I don't even have all the words to describe how wonderful she was. I'm proud to have been her granddaughter. 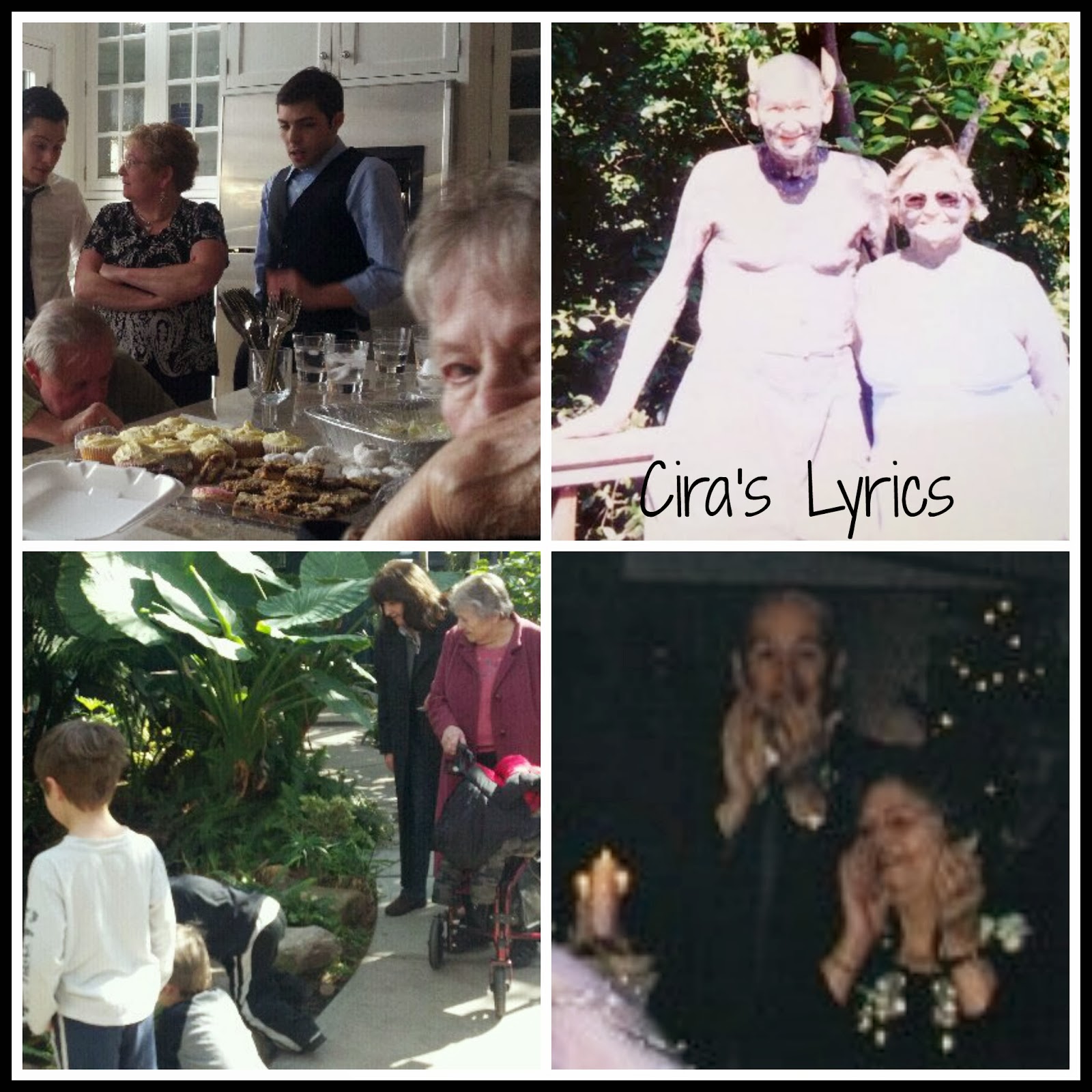 I will miss her more than I can ever express.
Posted by Liza at 11:55 AM