Here we go. The time has come.

The boys and I actually spent the last three days at the beach. It has been really nice to be out with them so much this week. 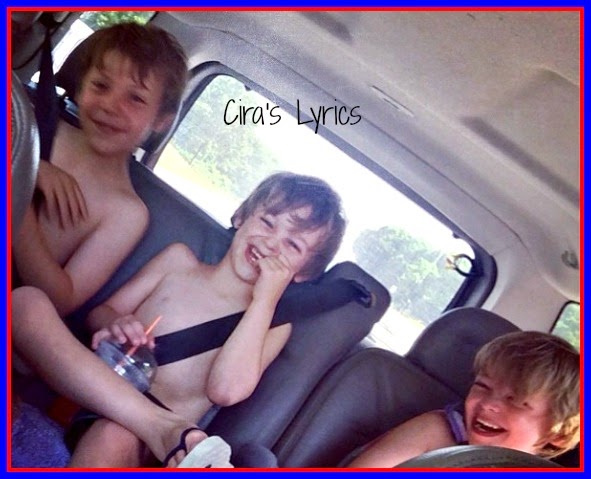 OK, we've been out a little too much - but the ocean is my happy place and the boys have had a good time. For a short while tonight at the gym, I actually forgot that tomorrow was the big day.

My babies will turn seven in the morning.

I have so much to say to - or about - these cuties, but I am having trouble putting it all into words. They were by far the scariest surprise that turned out to be one - make that two - of the 4 best things that have ever happened to me. (The others being my husband and the Big Guy.)

My little movie stars have had quite the ride over the last six years. I can not even begin to imagine what the next year will bring for them. We tucked them into bed tonight as they talked excitedly about waking up and being a whole year older in the morning. The Big Guy yelled from the next room that they would both "be a man" in the morning. (Which has been a running joke between the 3 of them ... apparently seven equals adulthood around here.) 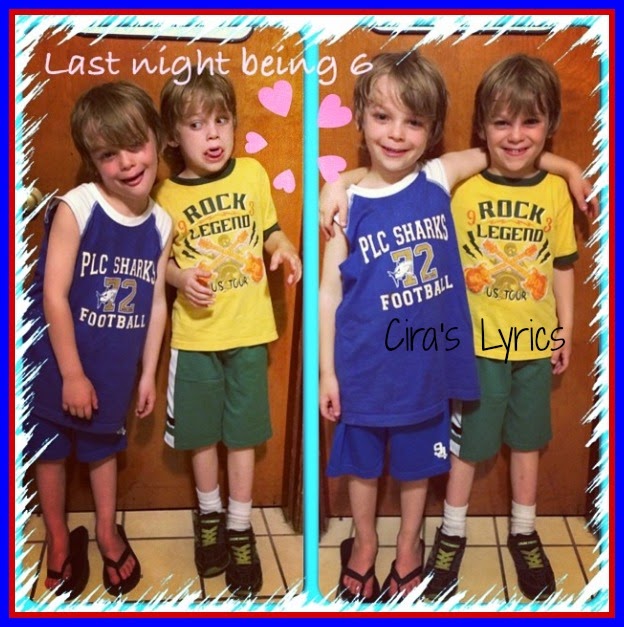 Tonight we will decorate their room with streamers and signs before we go to sleep. In the morning they will get their light up birthday buttons (or in this case light up birthday bow ties this year). While the storm may derail our original birthday plans for them, we will come up with something just as amazing.

My Bunny Bee (buzz buzz) and my Doodle Bop (pop pop) - I love you guys and wish you another amazing year.
Posted by Liza at 9:42 PM