Releasing the butterflies and praying mantises


You know how much we love Insect Lore. (This post is totally Not Sponsored by the way.) For what I think is the 3rd year in a row, we sent away for the caterpillars for the boys. And for the 2nd year in a row, we had the praying mantis egg come at the same time. With the crazy cool weather we have been having I started to worry if any of them would hatch before the weather really took a turn. I usually order them earlier in the summer.

The caterpillars turned into their cocoons in no time, but 3 out of the 5 fell to the bottom of the jar. We had never had that happen before. We looked it up and saw that they were in danger of their wings not forming right. Al attached each one carefully to a cotton ball with a bobby pin (a true MacGyver move) and hung them back at the top of the enclosure to be sure they would be OK.

A few days later? We had 5 beautiful butterflies. And we didn't get to see a single one hatch. It happened overnight with the first 3, and then later the next day with the second 2.  We gathered some flowers at the park and put sugar water on them so we could keep them at home for a few days.

Yesterday the praying mantises started hatching. And the boys missed that too. Huge difference from last time where we were able to watch everything and video it all. We ended up getting lucky though, because it took a full two days for the pretty mantises (as the boys still call them) to finish hatching, so they were able to catch some of it.

We decided that today was the day to let everyone go. The boys carefully transported everyone to their Nonno and Lita's house because they felt they would like those gardens and flowers the best. They were all able to hold the last butterfly who stuck around for a few minutes with us. 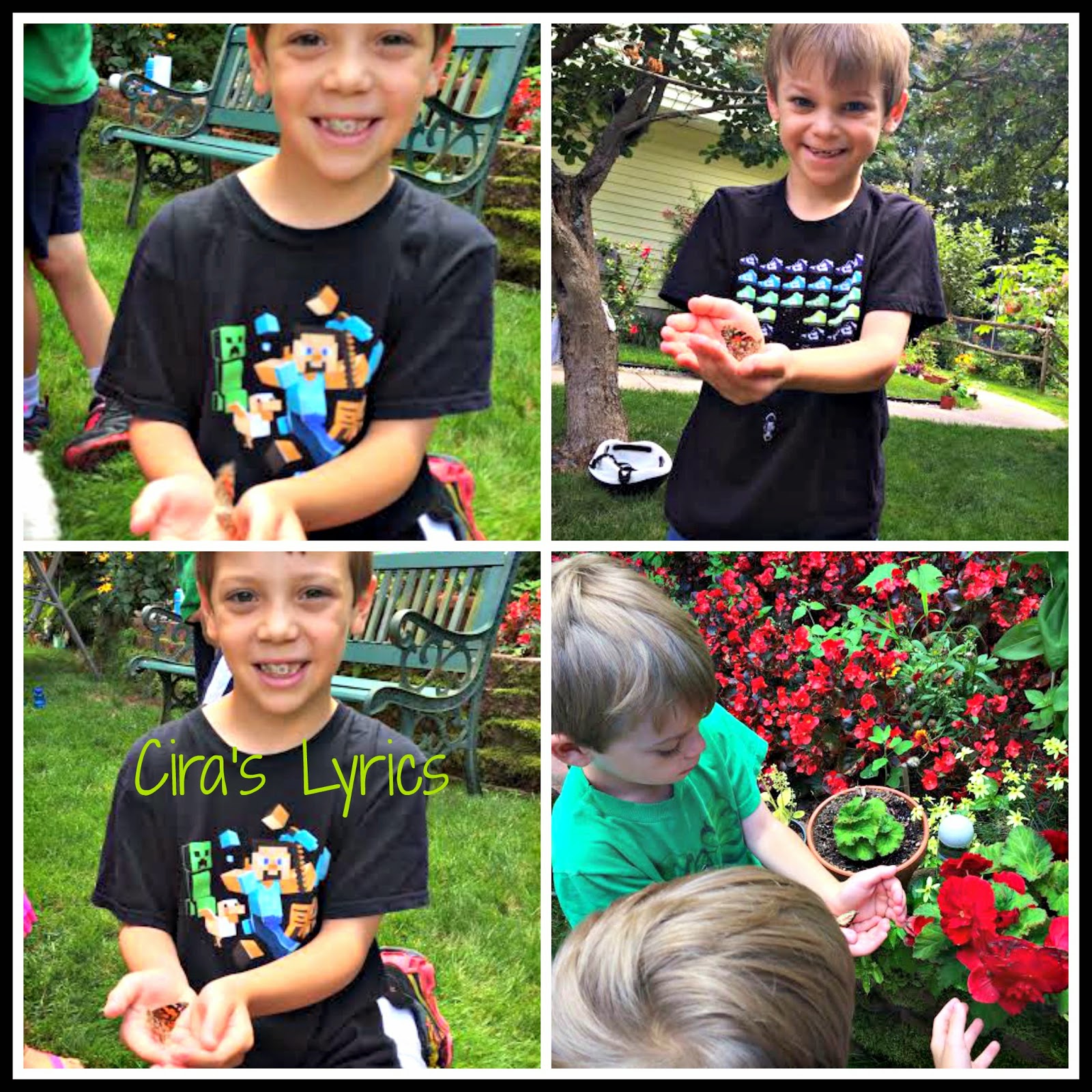 Then we went to the vegetable garden and started to let the praying mantises go in several different places. Even my niece G held some of them. The boys loved how they slowly crawled on their hands and decided it must be because the praying mantises knew that they had raised them. 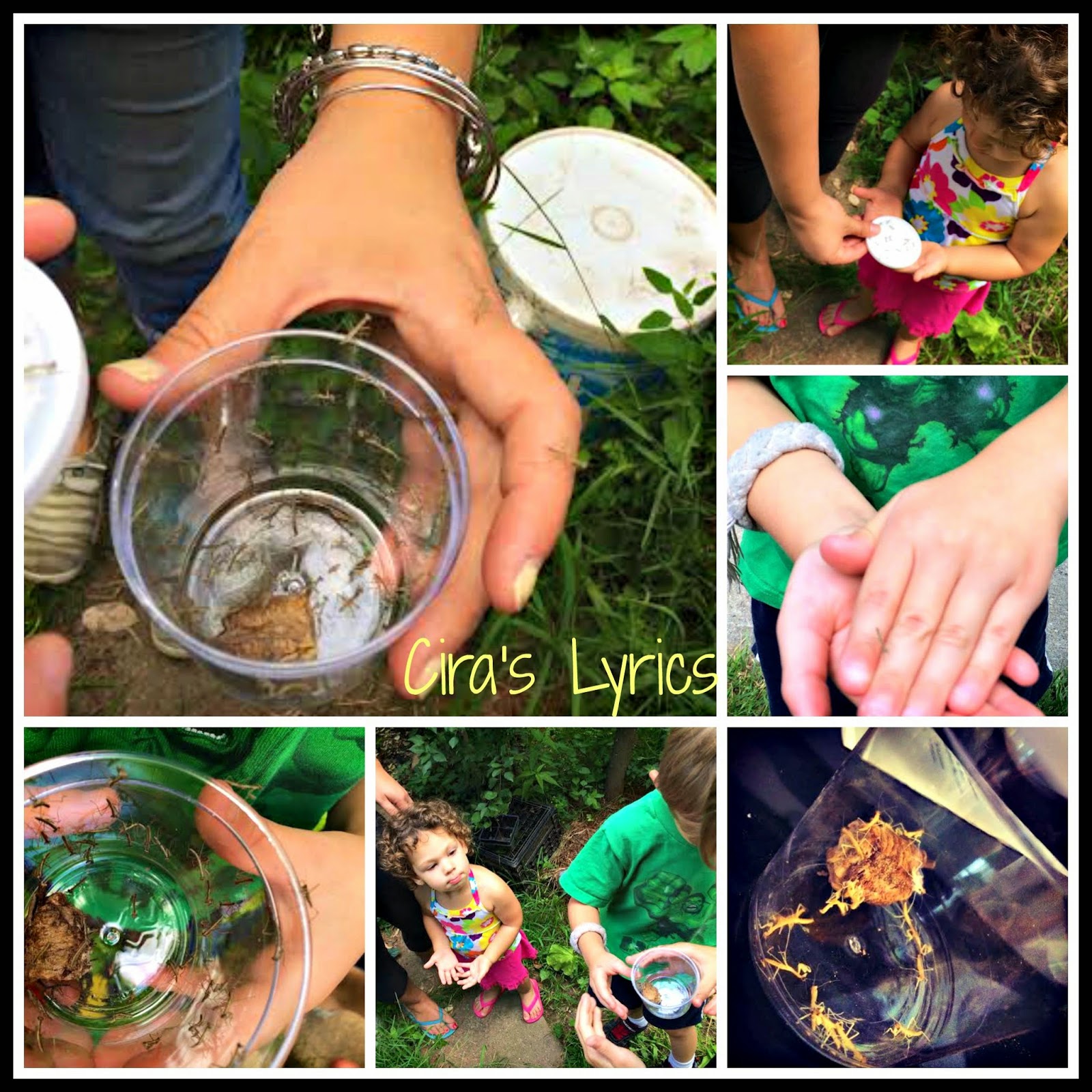 Here is a quick video of the butterfly release I took. We definitely can't wait to do this again next summer.
Posted by Liza at 8:18 PM