Up in the sky

The South County Hot Air Balloon Festival is a newer tradition for the boys.

In Junior High, I actually got to work a booth at the festival and loved it.  Getting to watch the balloons inflate and go up at sunrise was amazing.  Last year I felt like the boys were finally old enough and I packed them up early and off we went.  That was back when Al was still working weekends so he was not able to come.  The boys loved it and put it right on this year's summer list.  They could not wait to show Daddy the balloons.

We woke the boys up before dawn yesterday morning and headed on down. 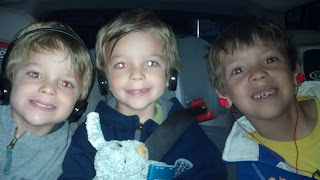 Having learned from last year, we brought chairs so we didn't have to put a blanket down on the wet grass.  Much better decision!  The boys had so much fun watching the balloons get ready to go up.  I have to say that it didn't compare at all to last year though.  Maybe it was the weather (several people commented on how windy it was)...but instead of tons of balloons taking off into the sky, we only watched 5 get inflated.  And they stayed tethered.  That part was a little disappointing (though nothing too disappointing that taking the boys for a McDonald's breakfast could not fix). 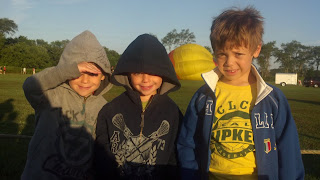 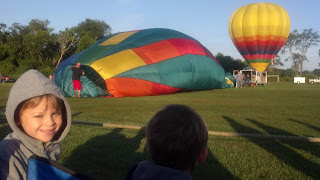 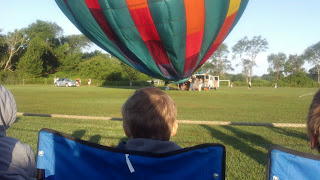 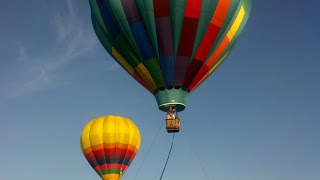 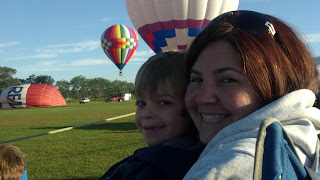 And then Daddy got silly with the other two boys. 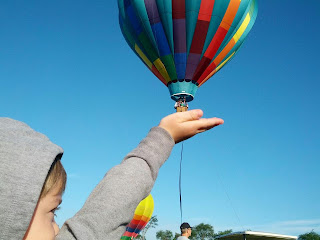 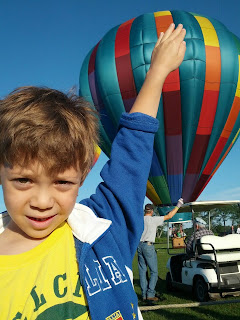 We decided that maybe next year we will try to watch the balloons go up at sunset, rather than getting up in the early morning.  Glowing balloons as the sun sets sounds pretty, doesn't it?
Posted by Liza at 11:02 AM