My kids have been begging to see ParaNorman since the very first commercial. 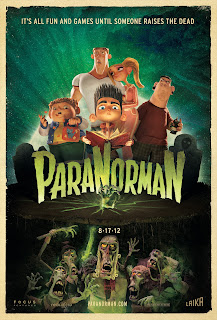 ParaNorman is Focus Feature’s newest family-friendly PG-rated film. The 3D animated comedy-thriller follows 11-year-old Norman Babcock, who can see and speak with the dead.  His small town comes under siege by zombies and the only one they can call is Norman. In addition to the zombies, he’ll have to take on ghosts, witches and grown-ups, to save his town from a centuries-old curse.

ParaNorman is the first stop-motion movie to utilize a 3D Color Printer to create replacement faces for its puppets. Over 31,000 individual face parts were printed for the production.  ParaNorman hits theaters August 17.  In addition to the ParaNorman website, you can also follow up with the movie on Facebook and Twitter.

And now for the really fun part.  I get to give two of my lucky readers a ParaNorman prize pack! 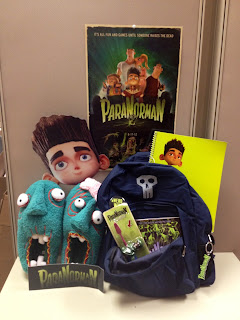 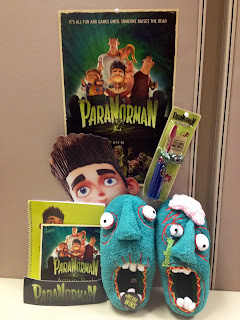 But my favorite part of the giveaway?  Each prize package also contains (2) Admit-Two passes the advance screening of the film at Providence Place on Thursday, August 16.  Enter on the Rafflecopter below.

a Rafflecopter giveaway
Posted by Liza at 2:41 PM