The last 3 weeks have been a whirlwind of sickness around here.

The Doodle Bop would be sick for a few days, get better, then get sick. Repeat.

Last Tuesday night he started complaining at wrestling practice that he didn't feel good and sat out for awhile. Looking completely fine, I made him get back to practice after a half hour. A few hours after he went to bed that night? Hit with what I thought was a stomach bug. Complete with the I told you I didn't feel good tears.

Once his stomach started to get better, he ended up with a pretty good fever and missed the rest of the week at school. He and Cappy spent days on the couch watching the Olypmics I would DVR for him, or the Cartoon Network. 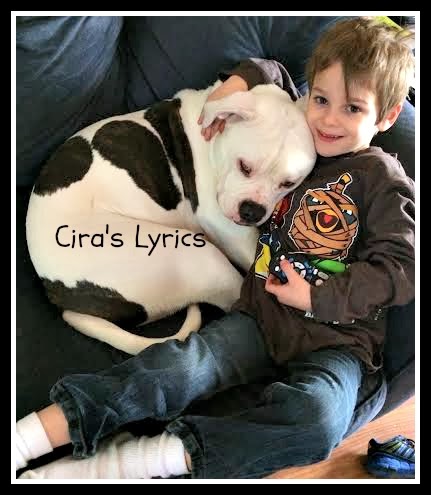 We skipped out on Sunday's wrestling tournament just to make sure everyone was healthy once and for all. He was finally feeling good but I wasn't taking any chances. At some point on Sunday, I started to notice a rash popping up. He has had them after fevers before so I wasn't too concerned. Until he fell asleep and didn't remember ... and continued to get more itchy.

Monday morning I took him right into the pediatrician. I started to wonder if I had missed cox sackie (which made an awful appearance last summer). No, it was Scarlet Fever. Like in the Velveteen Rabbit. Who knew people still got that! While he never complained about his throat hurting, he had strep ... which likely caused what I thought was the stomach bug ... and the fevers ... and now the rash (still following me?) ... which turned into Scarlet Fever.

I wanted to cry for my poor baby. How did I not see this. Antibiotics, no school or sports till Wednesday at least the pediatrician said ... but maybe wait till Thursday depending on how he feels. As much as I wanted him back in school, he was still so itchy and miserable I kept him home Wednesday. I can not say enough good things about Aveeno Naturals anti-itch cream and their soothing bath treatments. I discovered the bath treatments when the boys were babies and always have some on hand at home. This was our first time using the cream they make.

Snow day Thursday which worked out just fine. Weeks ago, Channel 10 had made an appointment to come interview the boys. I mistakenly made it for during the day because I was thinking it was February vacation. The Doodle Bop was FINALLY better and it was going to be an exciting day! 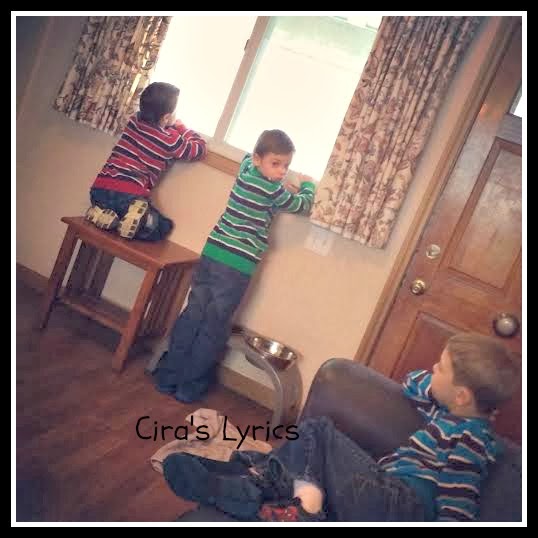 The news truck pulled up in front of our house and when one of the boys called out that they were here, the Doodle Bop went running to see. Only he slipped, fell and cracked his chin open on the tile floor - at the moment they were walking in the door.

It's almost funny. I didn't know what to do ... cancel the interview? We put a band aid on it and iced his chin while we watched them do a weather report outside of our house. 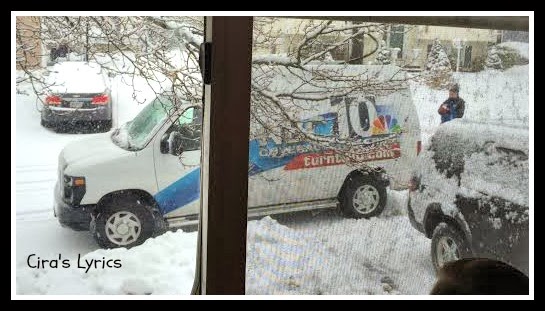 Then we sat down to the interview (which will run next week sometime).

Once we were done, I took another look at his chin and it was still bleeding. Despite his protests, we grabbed a few things and I headed out with him in the storm to go get it checked at Hasbro. Three stitches to the chin. 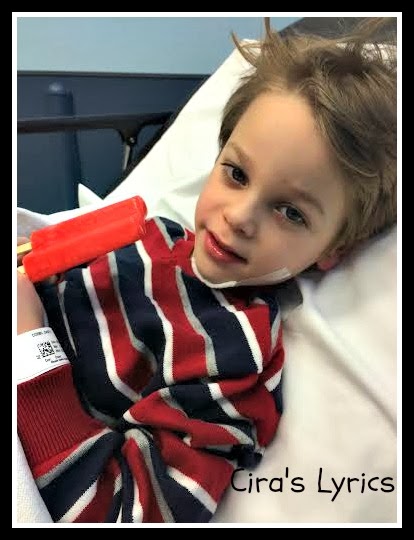 I nearly passed out trying to hold his hand and watching them stitch him as he cried. They had given him a medicine to make him a little loopy but I think he had so much anxiety it didn't completely work ... until After they had finished.

Mommeeeee! My head is so heavy. I Can't Lift it! HAHAHA

We had to have at least 4 conversations about what was on his chin and why it was bandaged. Followed by a shocked and teary I got stitches? What?! When did that happen!

I carried my baby into the car, and then the house when we got home. He hugged me, looked into my eyes on the steps and said Mommy I'm sorry you have to do this for me.

My heart just about exploded. Oh no baby, I said. I would do anything for you.

I sat him on the couch and his brothers were excited to help 'take care' of him. Handing over his video game controllers, tissues, anything he needed till he was feeling better. Daddy went out and picked up the pizza and cheesy bread sticks of his choice for dinner.

It was incredibly hard for me to drop him off at school today. He needs to get back into the routine, but after being out sick over a week, plus a snow day, plus stitches? Why was I sending him back for just one day when 3pm starts February vacation for the kids.

Because he needed the routine. And his friends.

I cancelled an appointment I was really looking forward to this morning, because as much as he wanted to go in he was still pretty teary on and off ... and I just knew he could be calling me to come back and get him. Only it's now almost lunch, and the school has not called.

I guess I need to remember he is tougher than I think.

My poor guy is out of wrestling for a minimum of a week - if not two. Due to where the stitches are, he needs to be healed enough before he can get back to practice and tournaments. Gymnastics and swim are OK for next week, but no wrestling per the doctors. He's hoping he can wrestle in next weekend's tournament. If we do allow it, that will most likely be his first time back on the mats in weeks.

I am so proud of him though. He loves wrestling more than anything and while he is upset he has to take a break, he is still going to practice tonight to sit with his team and watch. And he understands that he will have to cheer his brothers and friends on from the sidelines this Sunday.

He suddenly seems older than six to me.