The Saga of Mr. Monkey

Mr. Monkey has been with us since before the Big Guy was born. I was pregnant with him - my first baby - and Lianne and Mike gave him to me. I put him aside knowing that he would be THE stuffed animal. The one that never leaves a child's side.

Only because I didn't have time to pull up all the photos from our old BabyCorbo website tonight, I pulled the oldest ones I could find with Mr. Monkey from Facebook. 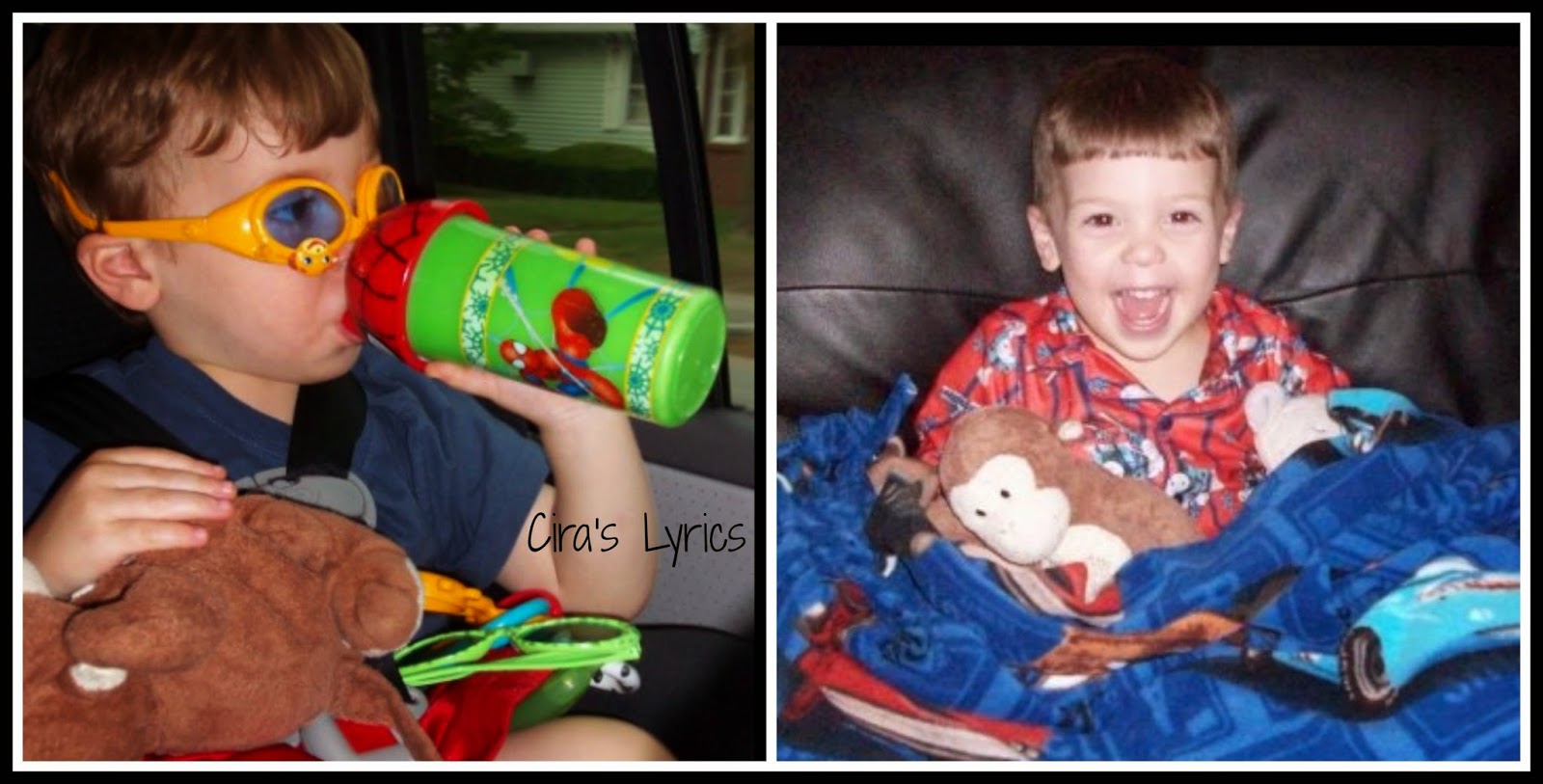 They were together from the beginning, and no matter where the Big Guy went, Mr. Monkey came too.

These days he may act more like a 15 year old than an 8 year old - and Mr. Monkey has been staying behind the last few years (with the exception of big things like the shark tooth being removed) - but he's still always there at night. The "stuffed-da animal" (as the boys always called them) of choice.

This morning I heard sobs like I don't think I have ever heard before. Something was different. The twins brought the Big Guy over to me and he was devastated. Holding Mr. Monkey in one hand and his eyes in the other, trying to tell me that Captain America was eating him in his crate, tears streaming down his face. Puncture holes all over his little fur. My heart broke for the Big Guy as I hugged them to me. I promised we could fix him. I got the kids ready, put Mr. Monkey in my pocketbook ... and straight out to the craft store we went. The twins tried to cheer the Big Guy up on the way. The Doodle Bop said he should get him Google Eyes. The Bunny Bee thought it would be cooler to get him two eye patches and rename him Pirate Mr. Monkey.

We went through the aisles and settled on a package of eyes that looked about the right size. I put him in the washer and dryer when we got home. 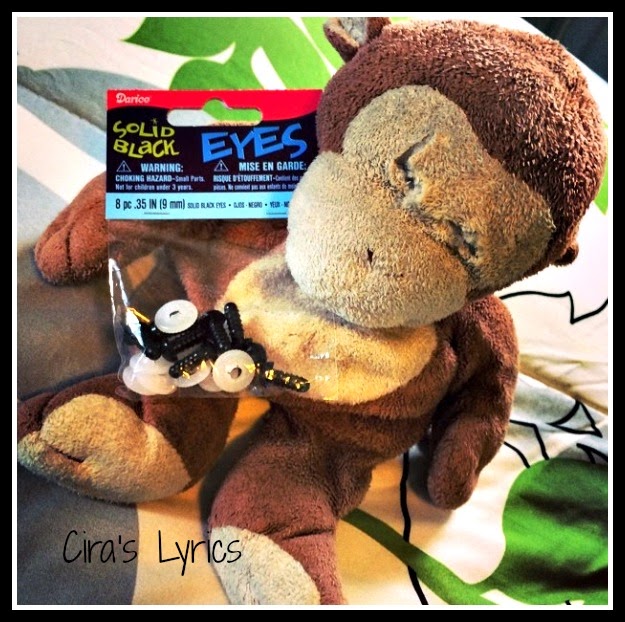 Later, I found the boys all talking to Mr. Monkey. Or maybe it was more like yelling. Into his eyes.

He doesn't have eyes to See - he can still hear with his ears!, I laughed.

The boys laughed too ... but continued to talk into his eyes so they could be heard better ... or something. When the boys went to wrestling practice tonight we started the surgery. Well, truth be told, Al performed the surgery. I wasn't getting the eyes in right so Al took over while I assisted and took photos. 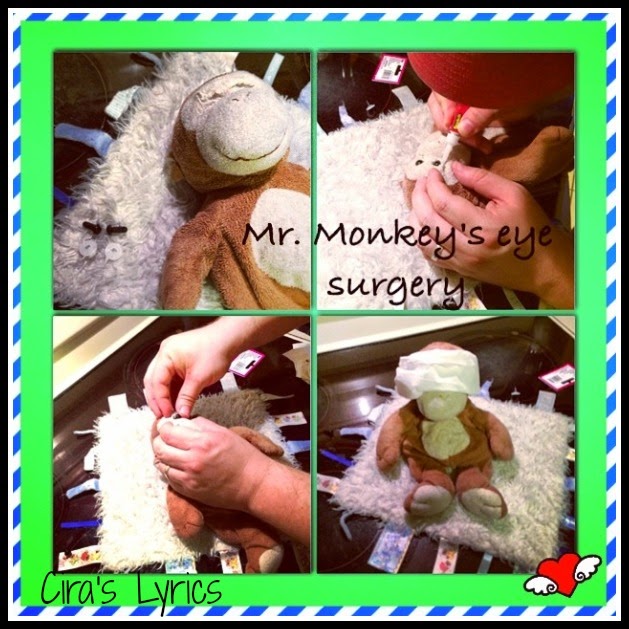 There was so much damage we couldn't really sew where I wanted to. We had to break out the big guns. The Kragel if you will. 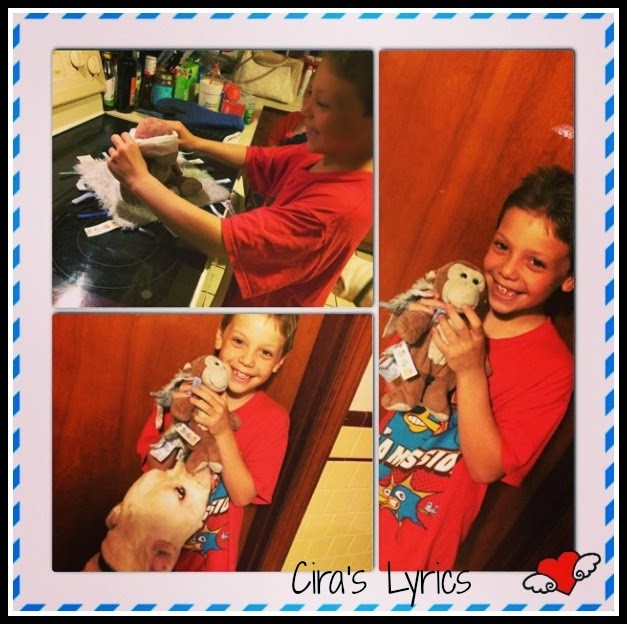 He doesn't exactly look the same anymore, and he's not soft around the eyes anymore because of the way the glue hardened, but he has eyes and he can see again. It's a Mr. Monkey Miracle!

(And I may or may not totally be shopping for the second Mr. Monkey that I should have purchased 8 years ago for just in case something ever went really wrong with this one.) We made it through the baby stage, the toddler years, crazy younger twin brothers ... but I'm not sure we will survive the Captain America puppy years.
Posted by Liza at 9:45 PM